Written by Baird Maritime on June 12, 2018. Posted in Offshore Renewables. 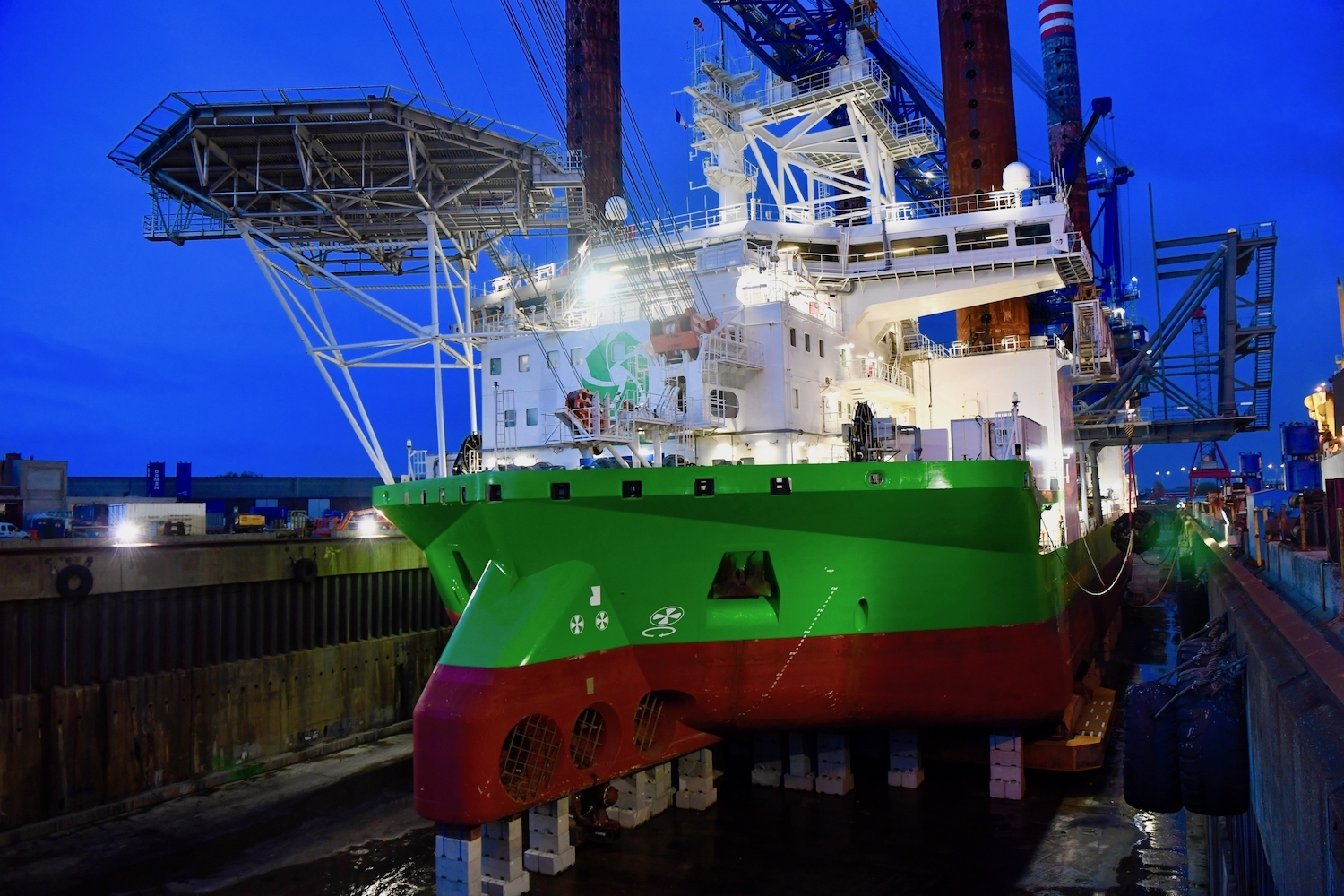 Operated by A2SEA, which was purchased in 2017 by DEME’s subsidiary GeoSea, Sea Installer was purpose-built in 2012 for installing the next generation of large wind turbines off the coast of Europe.

Sea Installer is now employed on the installation of 42 Siemens 7MW wind turbines at the Rentel offshore wind farm off the coast of Ostend, Belgium.