Written by Baird Maritime on October 11, 2017. Posted in Offshore Renewables. 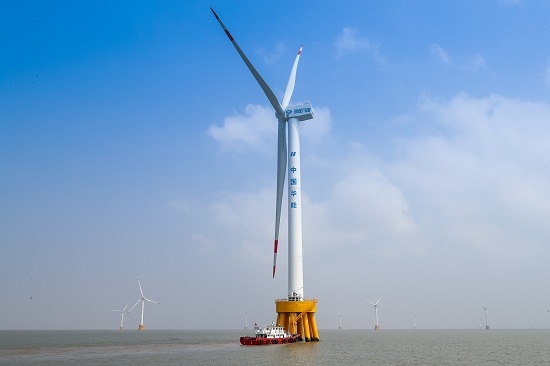 China’s largest offshore wind project has been put into operation.

Completed by the China Huaneng Group in the East China Sea, the 300MW Huaneng Rudong project comprises 70 turbines with capacities of 4.0MW, 4.2MW and 5.0MW.

The site is about 14 kilometres offshore the city of Nantong in the Jiangsu Province.

Construction of the site began in July 2015. It was the first offshore wind project for Huaneng.