Written by Baird Maritime on April 3, 2018. Posted in Platform Supply. 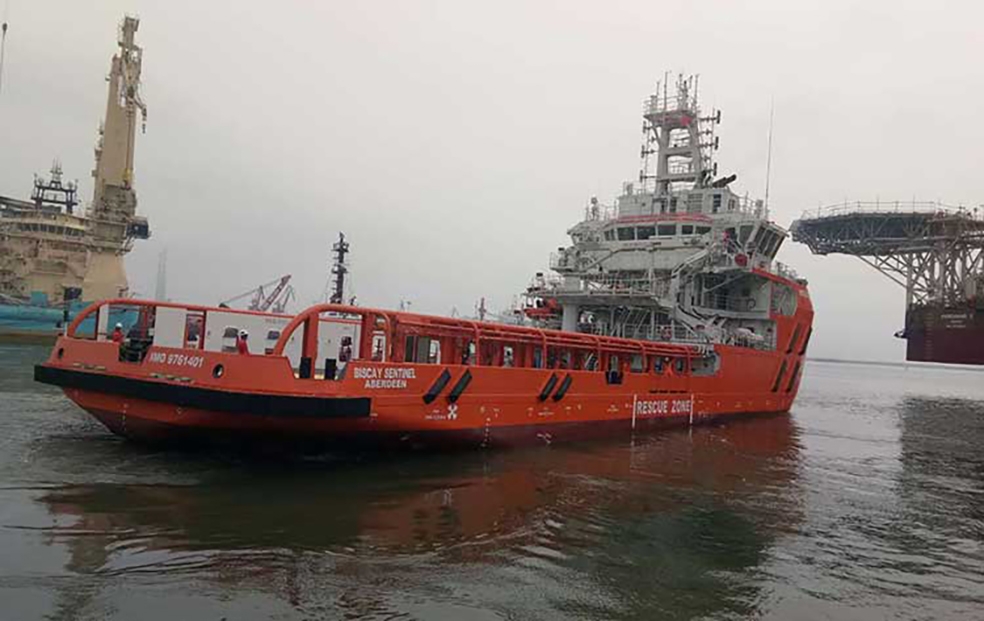 The British-flagged vessel, which measured 62 metres by 15 metres, was delivered at Cosco Guangzhou Shipyard in China and is expected to arrive in Scotland in early May.

Biscay Sentinel will immediately join operations in the North Sea, providing vital support and lifesaving services to the oil and gas industry.

Chief Executive Officer Rory Deans said Biscay Sentinel will be its seventh new ERRV to enter operation, with another two under construction.