Written by Baird Maritime on June 19, 2019. Posted in Platform Supply. 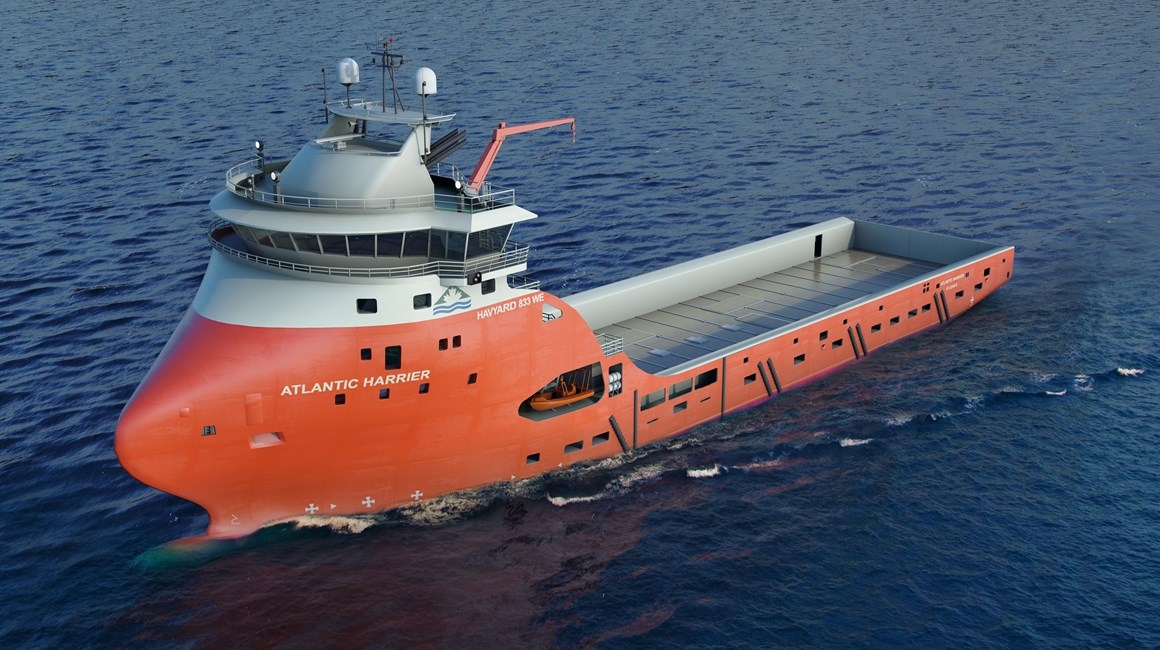 Havyard Ship Technology has entered into a contract with Canadian shipping company Atlantic Towing for a platform supply vessel (PSV) that has been laid up since 2017.

The 89- by 19-metre vessel, which will sail under the name Atlantic Harrier with its new owners, was originally ordered by an international customer. However, as a result of a market slump in the offshore sector, the shipbuilding contract was cancelled in January 2017.

After being laid up for a period, the hull will finally be completed, still as a PSV, but with a few minor modifications.

Havyard Ship Technology is set to start work on fitting the vessel immediately, with scheduled delivery in April 2020.