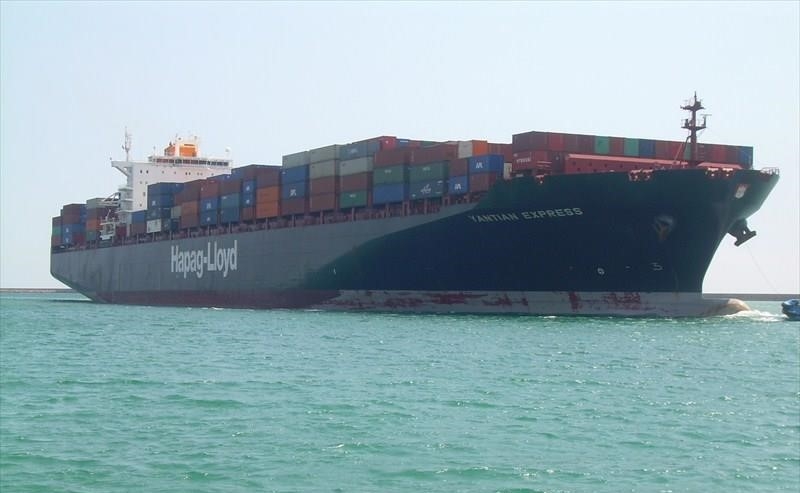 A fire broke out on a containership operated by Hapag-Lloyd approximately 747 nautical miles northeast of Bermuda on Thursday, January 3.

US Coast Guard (USCG) watchstanders with the First District Command Center in Boston received a report that there was a fire aboard the 7,500TEU containership Yantian Express at around 05:00 UTC on January 3. The USCG then requested assistance from vessels that may be in the area.

The dry cargo vessel Happy Ranger was 17 nautical miles from Yantian Express’ position and diverted course to provide assistance. The PSV Smit Nicobar had also arrived on scene to aid in firefighting and possible crew evacuation.

All 23 crewmembers aboard Yantian Express have been reported safe following the incident. No signs of pollution have been found.

The fire reportedly started in one of the onboard containers and quickly spread to adjacent boxes. The crew’s efforts to put out the blaze had to be temporarily suspended at one point due to strong 20-km/h winds.

Yantian Express was sailing from Colombo, Sri Lanka, to Halifax, Canada, at the time of the incident.