Written by Baird Maritime on February 4, 2019. Posted in Platform Supply. 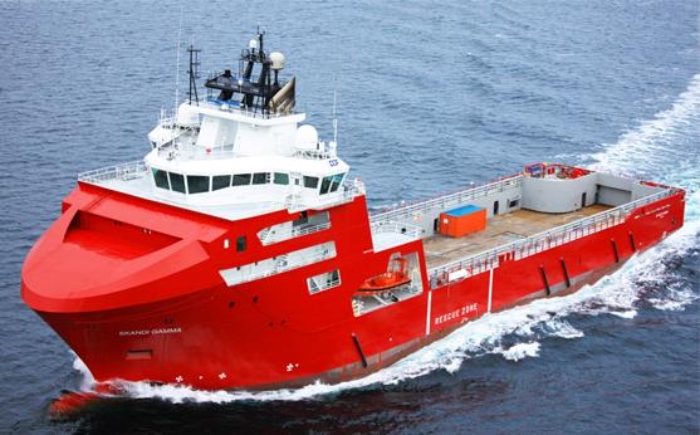 DOF has been awarded a two-year contract by a major North Sea company for the platform supply vessel (PSV) Skandi Gamma (pictured) with commencement in the first quarter of 2019.

The company has also been awarded one-year contracts by the Southern North Sea (SNS) pool for the PSVs Skandi Captain and Skandi Texel.

Commencement for Skandi Captain will be in direct continuation of an existing contract with Skandi Texel commencing in the second quarter of 2019.