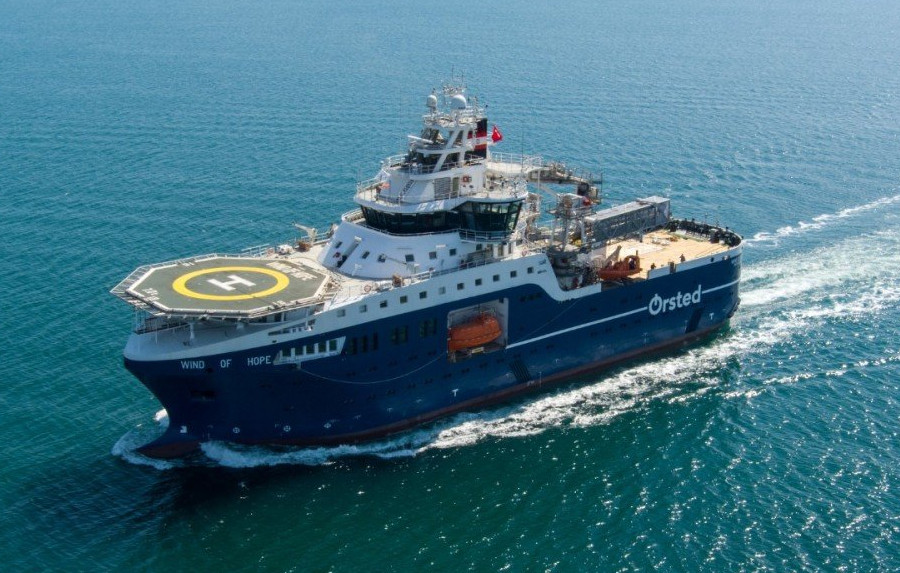 Built by Cemre Shipyard in Turkey to a Bureau Veritas-classed Salt Ship service operation vessel (SOV) design, Wind of Hope will operate under charter to Ørsted to support the latter’s activities at the Hornsea Two wind farm 89 kilometres off Yorkshire in the UK.

The French-flagged newbuild has an LOA of 84 metres, a moulded beam of 19.4 metres, a design draught of five metres, a deadweight of 1,625 tonnes, and a DP2 system. It is a near identical sister of Wind of Change, which joined the LDA fleet in 2019 and is currently supporting Ørsted’s operations at the Borkum Riffgrund and Gode Wind offshore wind farm sites in the German sector of the North Sea.

Accommodations are available for 26 crew and 64 wind turbine technicians, who will spend two weeks at a time deployed on-site at the Hornsea Two farm. Among the accommodation spaces are single cabins with windows, a fitness centre, a cinema, and a hospital with treatment benches. 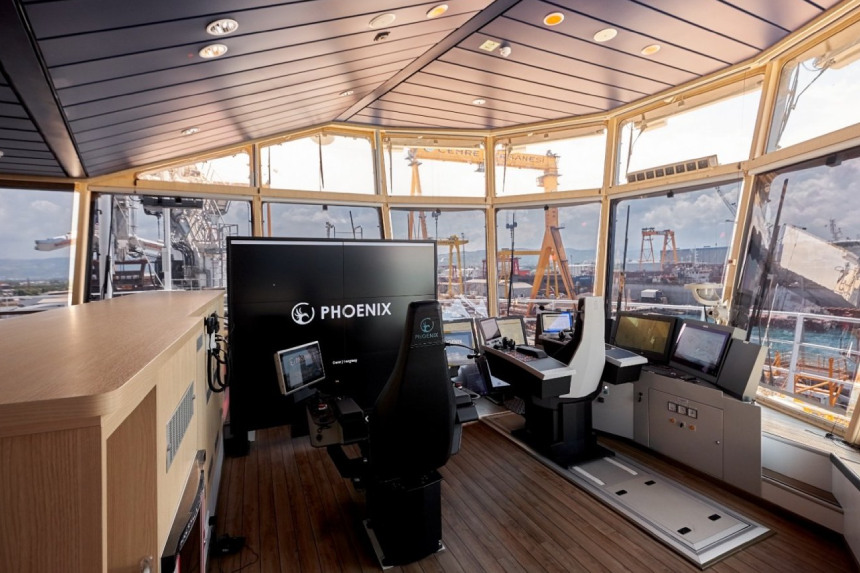 A diesel-electric propulsion arrangement consists of an ABB DC-based electrical system and a quartet of MAN variable-speed diesel generators that each produce 1,600 kW at 1,000 rpm. The generators drive two Schottel SRP 430 1,660kW fixed-pitch rudder propellers to propel Wind of Hope to speeds of up to 12.5 knots.

To provide additional manoeuvrability and to assist in station keeping, an SRP 260 880kW retractable propeller and two STT 6 1,400kW transverse thrusters have also been supplied by Schottel. 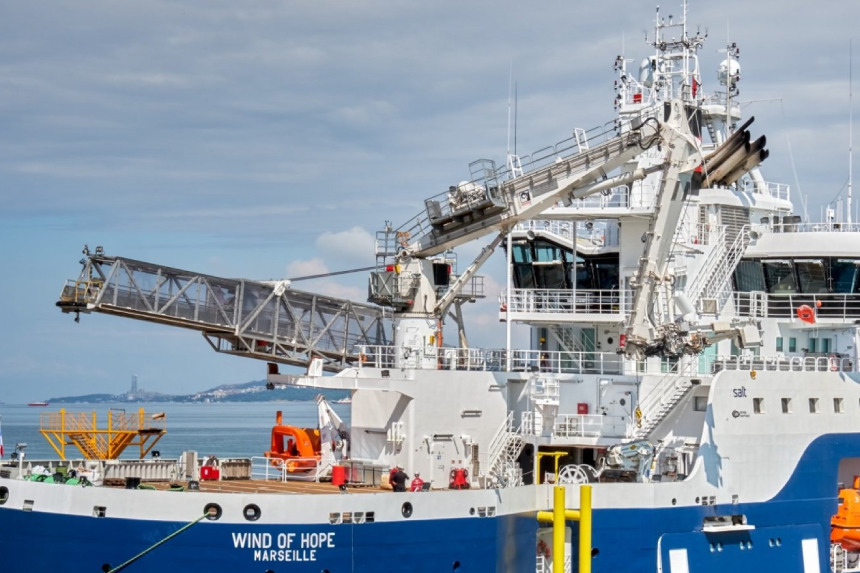 The SOV is adequately equipped to support a range of windfarm maintenance-related activities. Fitted are a TTS offshore knuckle boom crane, an offshore crane and a provision crane from Heila, and a motion-compensated gangway with a working range of 19 metres supplied by TTS Horizon. The gangway is designed to be operated even without a direct line of sight from the controller.

Support for the vessel’s DC-based electrical system is provided by two ABB 203kWh batteries with a maximum total discharge output of 800 kW. ABB also supplied an energy management system to help ensure safe operation of all onboard electrical connections.

Wind of Hope also has onboard space for an iXblue daughter craft that can carry two crew, eight passengers, and up to 500 kilograms of cargo. A flight deck meanwhile facilitates cargo and personnel transfers via helicopter so as not to disrupt vessel operations once on-site at a wind farm 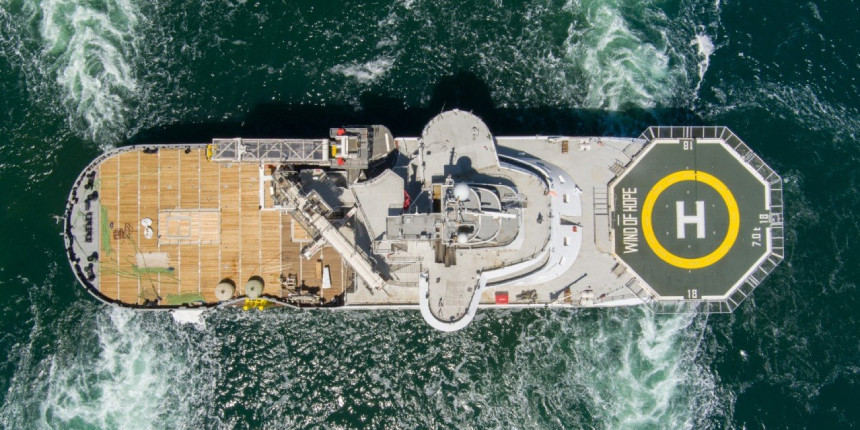