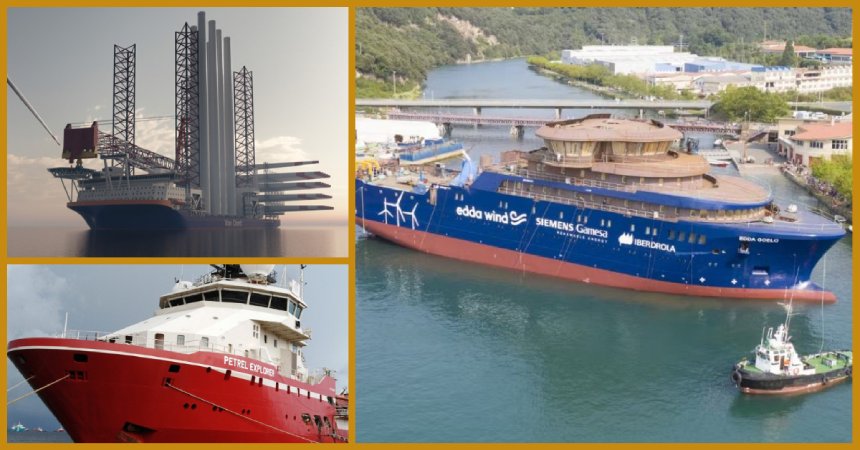 Construction is underway on new offshore wind maintenance and installation vessels for customers in Norway, the UK, and the Netherlands while a large-capacity survey vessel comes under new ownership, effectively ceasing operations in the offshore industry.

Edda Wind has confirmed that its newest service operation vessel (SOV) was recently floated out at the facilities of Spanish shipbuilder Balenciaga.

Edda Goelo will commence operations for Siemens Gamesa at Iberdrola’s offshore wind farm in France’s Saint-Brieuc Bay in the third quarter of 2023. Once on-site, it will serve as mother vessel for technicians as they perform maintenance work on offshore wind turbines.

Edda Goelo‘s charter with Siemens Gamesa will have a firm period of five years.

Vard Vung Tau in Vietnam has laid the keel for a new SOV slated for UK operator North Star Renewables.

The DNV-classed, Knud E. Hansen-designed vessel will have a length of 176 metres, a beam of 63 metres, space for 135 crew, a deck with an area of 7,000 square metres, and a maximum lifting capacity of over 20,000 tonnes. Installation can be performed at depths of up to 80 metres.

The WTIV will be powered by dual-fuel engines that can also operate on methanol.

The Green Energy Group has entered into a binding agreement to sell the research/survey vessel Petrel Explorer to an undisclosed buyer for an undisclosed sum.

The sale is scheduled to be completed in about four weeks and will see the vessel leave the offshore industry.