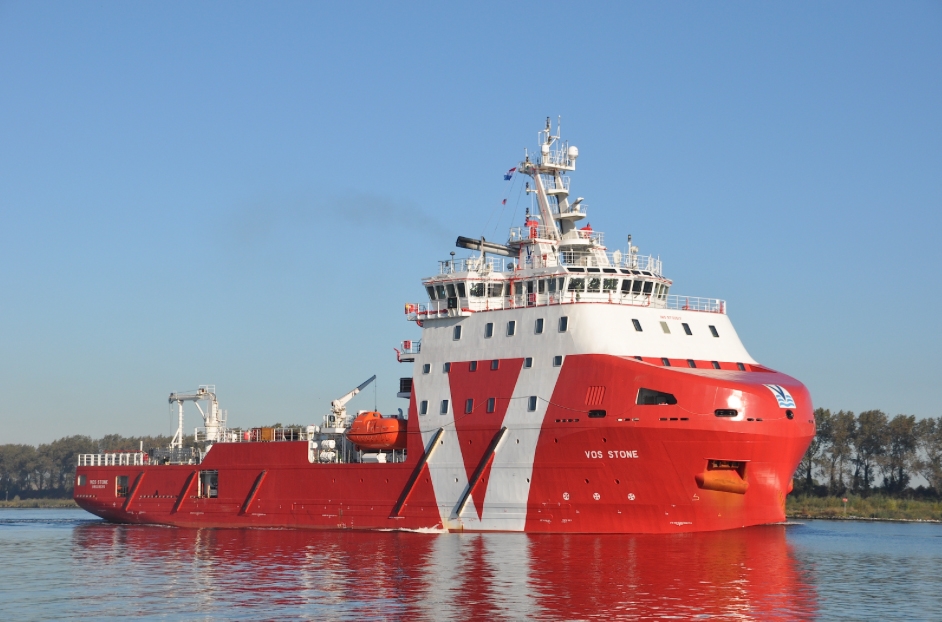 Delivered to Vroon by Fujian Southeast Shipbuilding, China in July 2017, final outfitting works were completed in the Netherlands. VOS Stone is now ready to start operations in the North Sea.

VOS Stone has secured a contract by VBMS to support inter-array cabling operations at the Arkona offshore wind farm during the first half of next year. After that it will undertake similar operations for Eon at the same wind farm.

VOS Stone is equipped with a motion-compensated offshore gangway and a 50-tonne active-heave-compensated crane.

A covered warehouse on the main-deck level allows the vessel to perform cargo handling and passenger transfers to and from offshore assets, such as wind turbines, offshore platforms or crew-transfer vessels, and engage in subsea support operations.