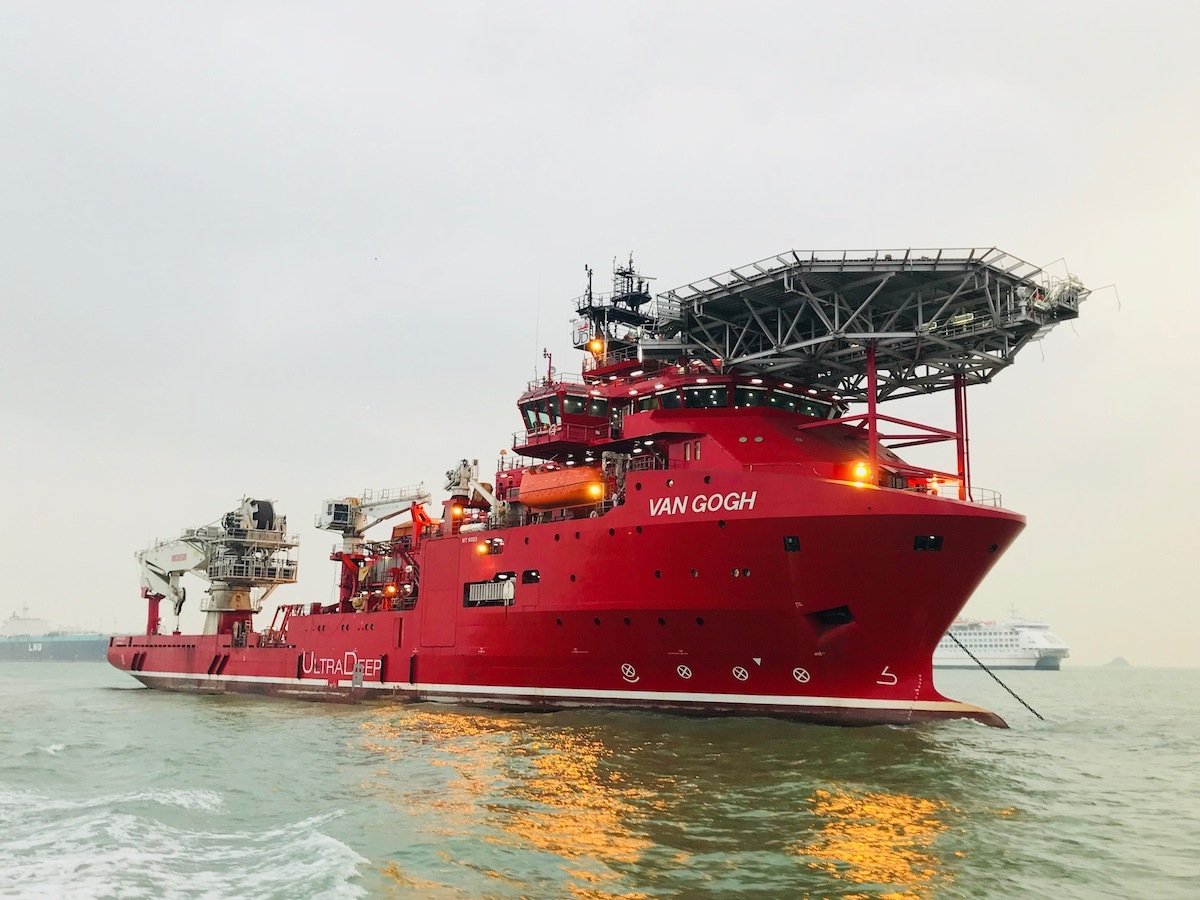 Norway’s OSV naval architecture powerhouse Marin Teknikk is behind a brand new 111-metre multipurpose diving support and construction vessel that has just been delivered to its owner.

Built by the Shenzen yard of China Merchants Heavy Industry for Ultra Deep Solutions of Singapore Van Gogh is equipped with the latest dive support equipment making her a state-of-the-art complement to any offshore construction project.

Her centrepiece is a single bell diving system for 18 divers with a rating of 300 metres water depth. This pressurised system is set up so that if the ship needs to be evacuated the divers can safely escape in one of two 18-man hyperbaric lifeboats.

In addition to her manned diving equipment which is launched via the 3.9-metre-diameter moon pool, Van Gogh can also deploy a pair of remotely operated vehicles. She typically carries two work class ROVs, or one WROV and one observation class ROV. The ROVs are stored indoors in the main deck hanger and can be deployed either via the two starboard side-mounted launch-and-retrieval systems or they can be wheeled onto the aft deck and launched via the 10-tonne crane. 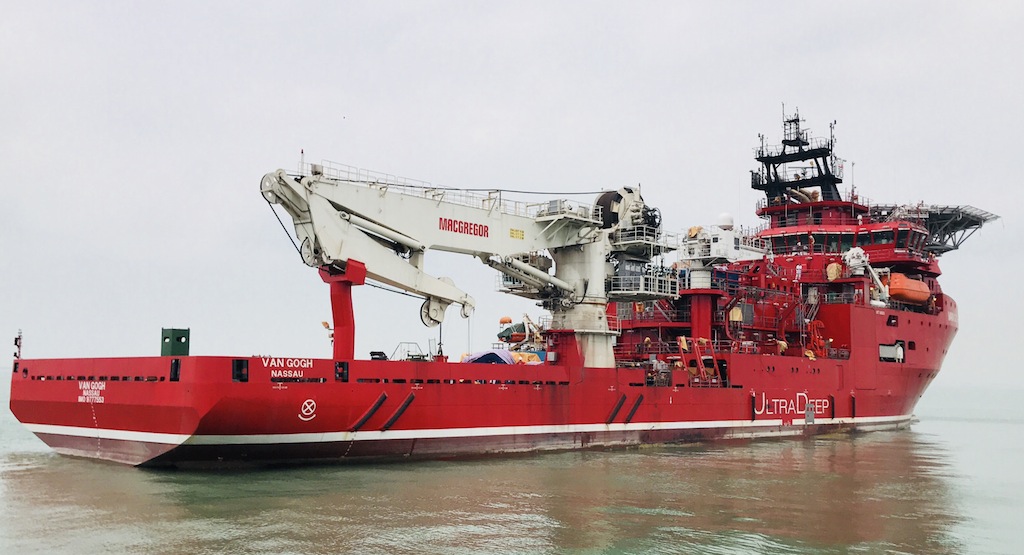 The vessel’s 1,000m² open work deck area with deck strength of 10 tonnes/m² and a smaller storage area on top of dive hangar, creates a good platform for transport of equipment and tools to and from oil- and subsea fields.

A larger 150 tonne crane with a working depth of 3,000 metres dominates the aft deck and is used to position larger pieces of offshore equipment during well installation operations. Helping operations at these depths is the DP2 level dynamic positioning system from Kongsberg.

The DP2 system makes use of two 3,000kW fixed-pitch azimuthing thrusters at the rear and three 1,800kW tunnel thrusters and a 1,200kW retractable thruster in the bow. This electric propulsion package is powered by a brace of MAN diesels with two 8L32/40 diesels generating 3,840ekW each and two 7L32/40 diesels each adding an additional 3,380ekW to the total.

Van Gogh carries 1,550m3 of fuel oil, and with fuel consumption of 18 to 20 tonnes/day at 10 knots and eight to 10 tonnes/day during DP operations, this gives an endurance of 90 days assuming typical mission profiles. Additional tankage includes 1,150m3 of freshwater and 300m3 of potable water.

Van Gogh joins two similar sister ships that were delivered from the same yard in 2017.