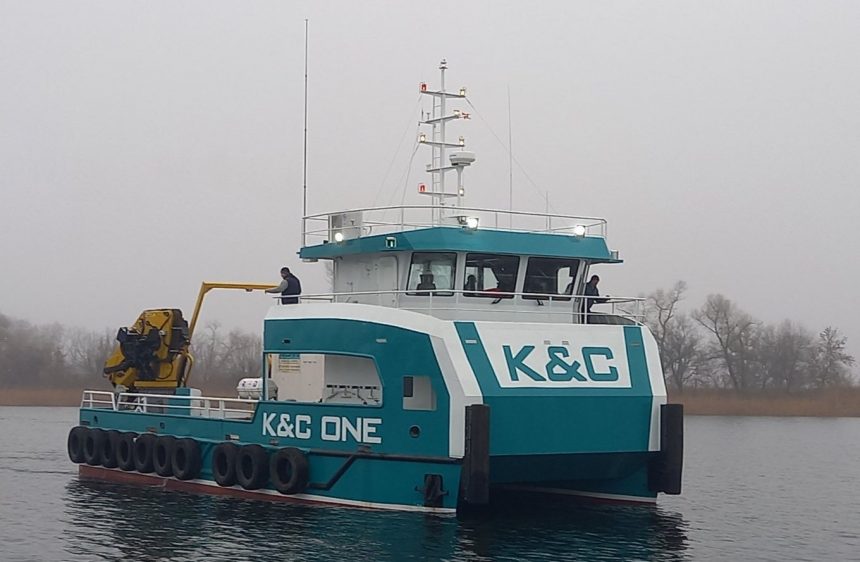 The Bureau Veritas-classed K&C One will be used primarily for dive support duties covering pipeline installation and inspection of offshore wind foundations. Thanks to the highly versatile design, the vessel may be employed for secondary duties such as barge assist, salvage, and support for near-shore construction projects.

“The vessel was designed in fulfilment of very specific requirements covering stability and the largest possible working deck that can be fitted on a compact hull for heavy duty diving operations,” Grani Vice President Timur Devishev told Baird Maritime. “At the same time, a solid steel construction was necessary to allow the deck to accommodate 30-tonne loads.”

The catamaran also needed to possess storage space for a dive control unit with air supply tanks, air balloons, and related equipment without taking up any space on the aft working deck. One of the biggest challenges therefore lay in ensuring the vessel had a large enough working deck as well as all the equipment necessary for the safe execution of underwater construction projects.

“Another major challenge was in ensuring accuracy in measurements with allowances of no more than 0.2 mm in some instances, such as in placing the ring foundation for the crane. This was done to guarantee accurate placement of all deck equipment while also providing sufficient deck space for two standard 20-foot containers.”

The work on K&C One nonetheless provided the Grani design and construction team with valuable insights that can be applied in its other ongoing newbuilding project for the same customer.

“We expect that the next steel catamaran will be much larger at about 30 metres LOA and will have additional equipment on board,” added Devishev. 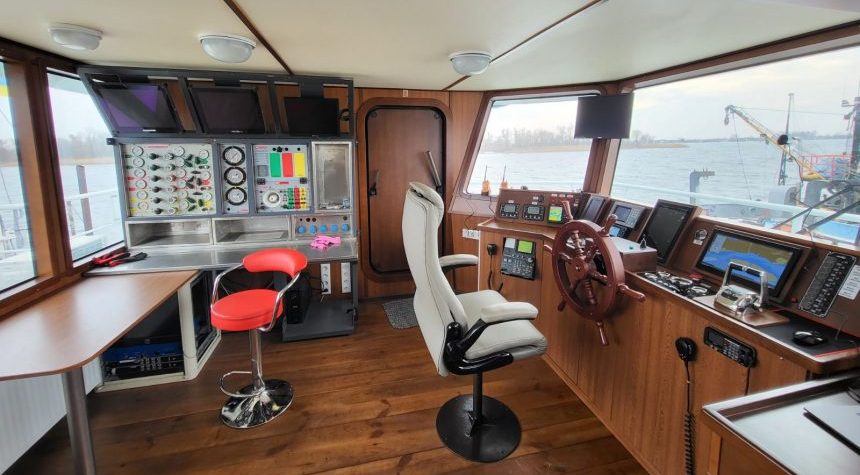 K&C One has an LOA of 17.5 metres, a beam of eight metres, a maximum draught of 1.85 metres, and an aft deck with 102 square metres of clear space. A pair of Cummins QSB 6.7 260kW diesel engines drive four-bladed, fixed-pitch propellers (FPPs) to deliver a maximum speed of 11 knots, a service speed of nine knots, and a bollard pull of 10 tonnes.

“The engines provide enough power for daily operation while also ensuring reduced consumption and emissions compared to steel-hulled catamarans of similar size,” Devishev told Baird Maritime. “The nozzles housing the FPPs are of our own design, which features an internal surface made from stainless steel. The nozzles help generate additional forward thrust of about two knots.”

The engines are operated via a twin joystick system developed in-house by Grani.

The communications and navigation suite satisfies requirements of GMDSS A1 and A2 areas up to 50 nautical miles offshore. Electrical power for these and other onboard systems is supplied by 120kW and 46kW diesel generator sets.

The deck equipment includes a Heila crane with a 6.3-tonne lifting capacity, a stern A-frame with a seven-tonne capacity, a four-point mooring system, a 30-tonne anchor handling and towing winch, container locks, and a 1.2- by one-metre moonpool. Hydraulic power is supplied by a 55kW motor described by the builder as a “two-in-one” apparatus.

The vessel’s crew of six are housed in three double-berth cabins. Other onboard facilities consist of an office/survey room, a galley, and toilets. The large bridge meanwhile provides a full 360 degrees of visibility, including unobstructed views of the aft working deck. All interior spaces are fully air-conditioned to provide a measure of comfort whenever the vessel is deployed in the warm coastal waters off West Africa.

The vessel has been fitted with a distillation plant that can purify up to 300 litres of water in one hour to ensure fresh water for the crew’s consumption. There are also a Kaeser low-pressure compressor for feeding the underwater instruments and two high-pressure compressors for use with the diving system. 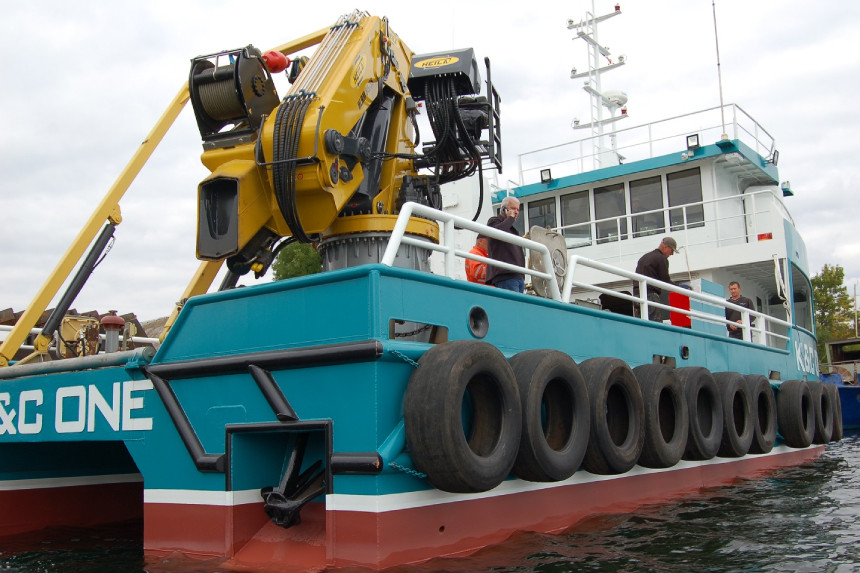 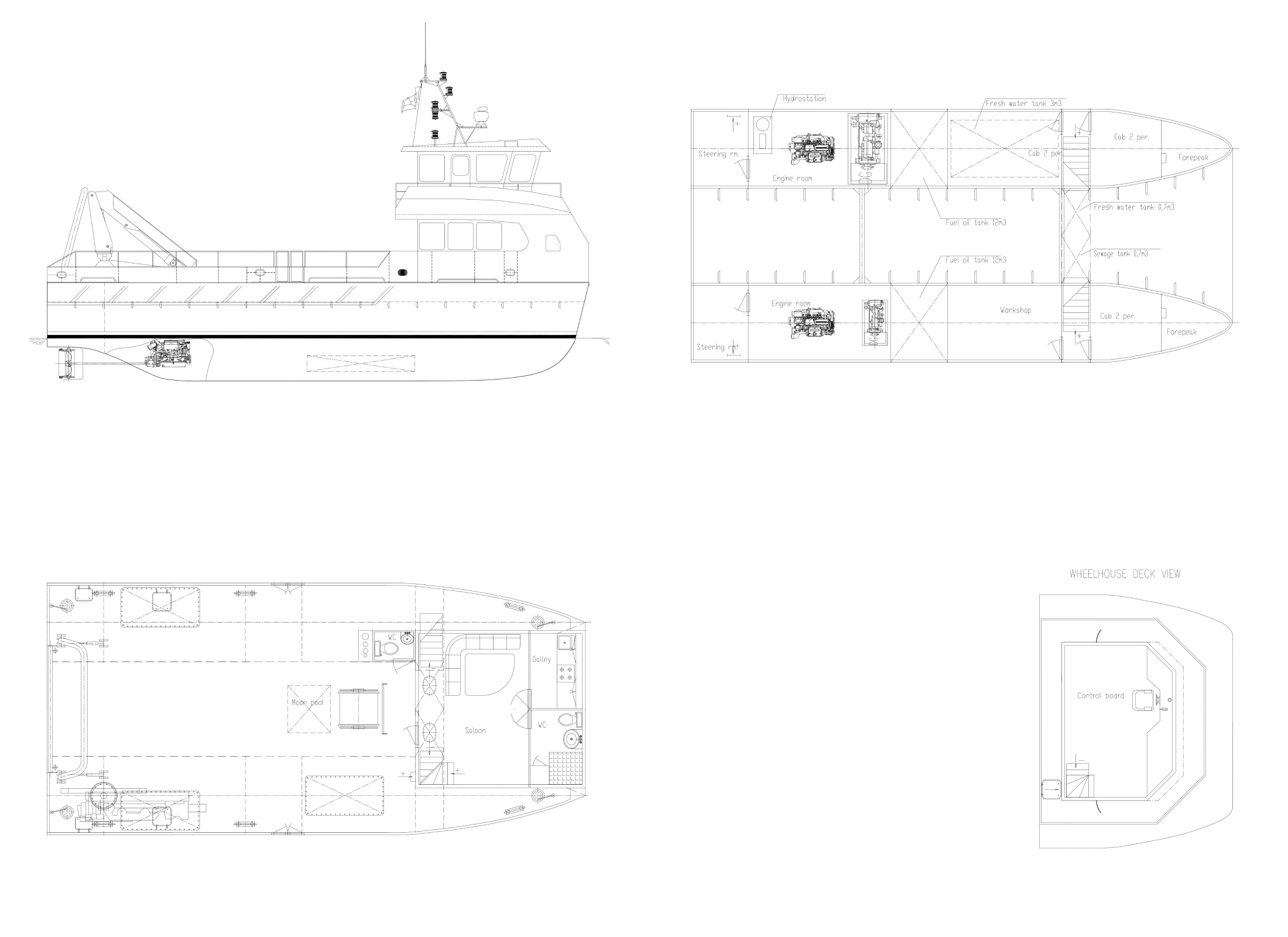