Written by Baird Maritime on December 11, 2017. Posted in Dive Support. 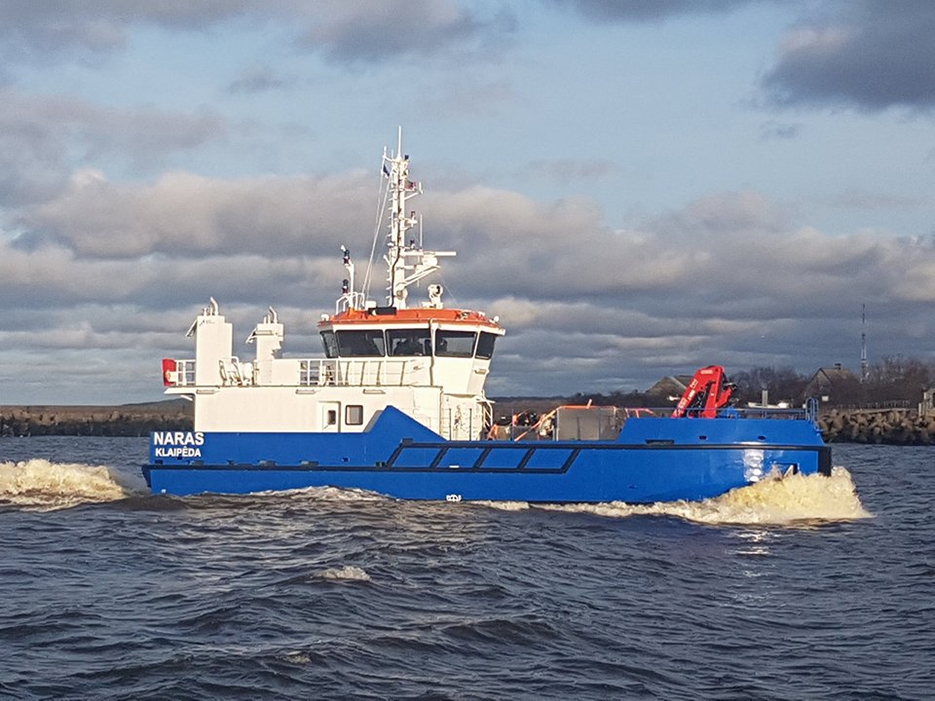 Built in Estonia at Baltic Workboats’ shipbuilding yard, the 23.2-metre Naras has a maximum draught of 1.5 metres. She can reach a top speed of 11.5 knots.

Equipped with a pressure chamber for diving at depths of up to 50 metres, Naras will be used for subsea technical works and supervision in the port and its access areas.

The vessel’s bow is equipped with a crane for removal of obstacles, such as  tyres, anchors and chains. She can also respond to oil spills.

To be crewed by a captain, engineer and a motorman, Naras will also have a team of three divers.

The vessel, which was named by authority employees, cost €2.9 million (US$3.4 million).