Written by Baird Maritime on May 1, 2018. Posted in Dive Support. 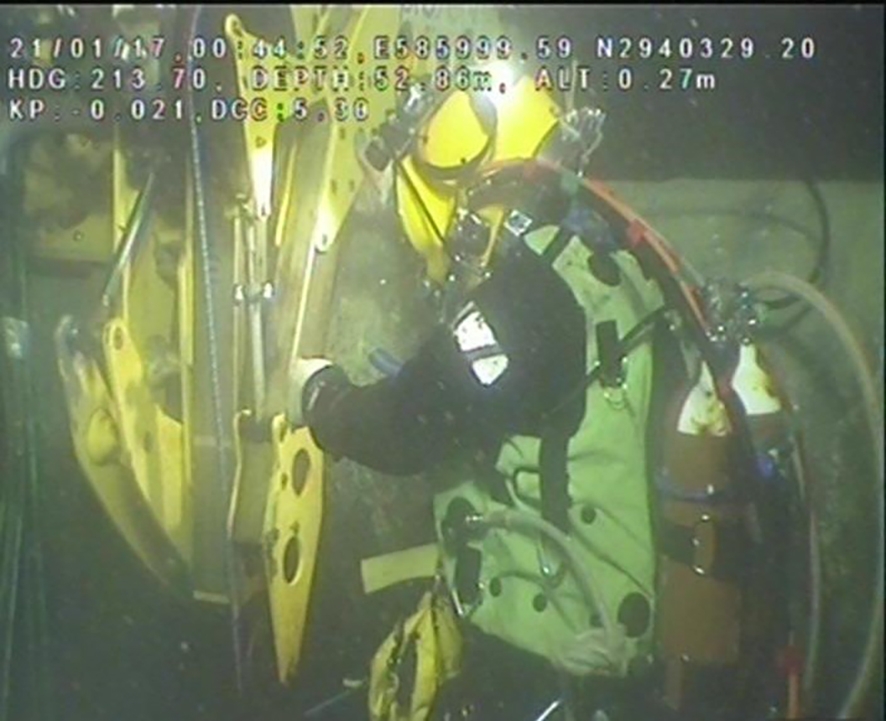 McDermott International has been awarded contracts to perform air and saturation diving on two key projects in Africa.

McDermott was awarded a sizeable contract (between US$1 million and US$50 million) to remove and replace a single 61-centimetre subsea hose string to a single buoy mooring (SBM) and pipeline end manifold (PLEM) for southern Africa’s largest crude oil refinery operated by SAPREF, located 2.5 kilometres off the coast of Durban, South Africa.

McDermott will conduct a scheduled critical saturation and air diving campaign this month from the multi-purpose vessel, Amazon, which will function as a diving support vessel.

The mix of local and staff divers will work off the diving support vessel (DSV) Da Vinci, contracted by McDermott on bare boat charter from Boskalis.

The month-long operations include free flooding the pipeline, barrier testing, metrology and 66-centimetre spool tie-in at the new platform and at the Serette facility. It also includes pre-commissioning support for pigging, hydrotesting and de-watering of the pipeline and free span rectification.

McDermott’s DLV 2000 will install the platform and pipeline, which is due to arrive in the third quarter of this year and is expected to be installed in the fourth quarter.