Written by Ethan Miller on August 10, 2018. Posted in Dive Support. 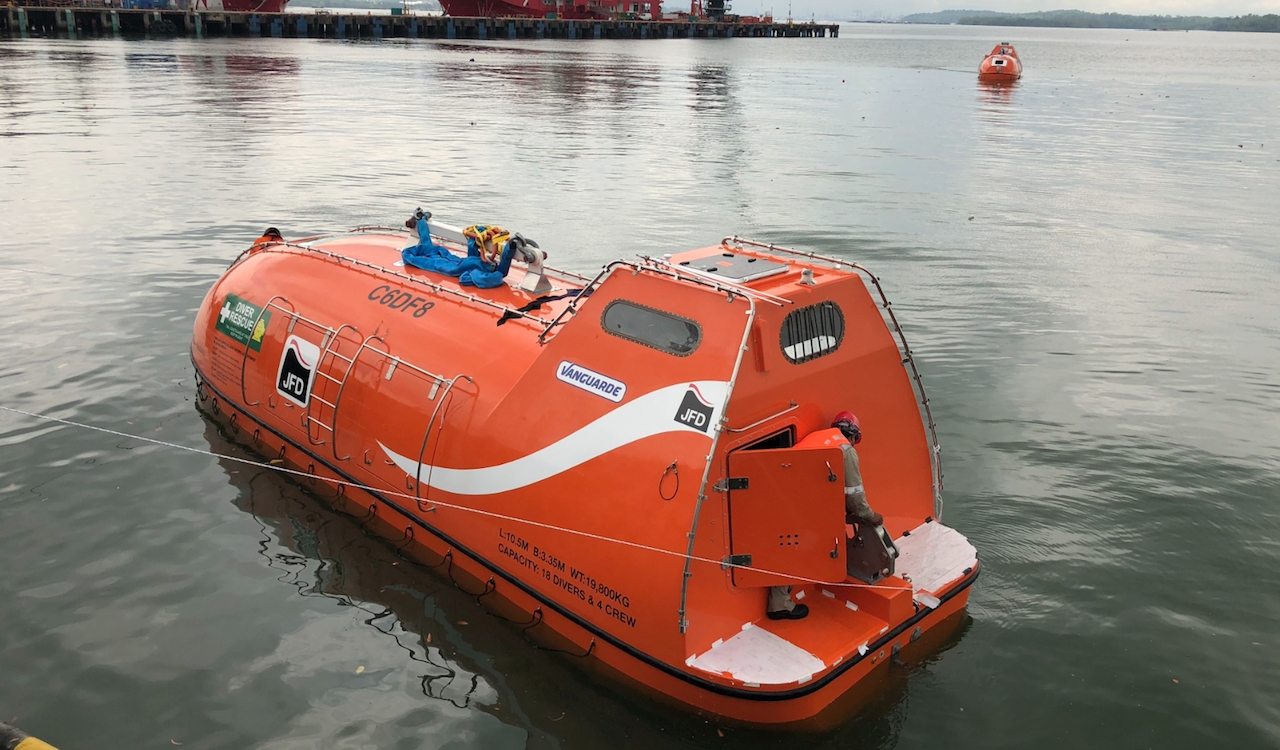 The SPHLs are being delivered to Flash Tekk’s parent company Ultra Deep Solutions as part of an ongoing drive to realise significant improvements in safety standards in the offshore industry.

In the event of a major vessel emergency, the new next generation SPHLs have the capability to evacuate the entire complement of divers under pressure, safeguarding their lives and ensuring that the required decompression process can be carried out fully and without additional risk.

The divers are transferred to a pressurised chamber inside one of the vessel’s SPHLs, located both port and starboard. They are then deployed with a coxswain and life support crew to deliver the divers to a safe environment where decompression can be carried out.

The new lifeboats, which successfully completed testing in April, will be installed on the Andy Warhol, Ultra Deep Solutions’ new diving support and construction vessel.

The SPHLs are engineered to 18-man configurations and up to 300 metres, allowing divers to safely evacuate the saturation diving system, in the event of an emergency or vessel abandonment.

The delivery of the systems marks the completion of the second order under the partnership between JFD and Singapore-based lifeboat manufacturers Vanguarde, with a further three planned projects underway.

In February 2016, JFD announced that it had won a multi-million-pound contract to design and manufacture six new-generation SPHLs.

The final two 24-man SPHLs’ are scheduled for build completion and delivery in August, and are due to be installed on the Ultra Deep Solutions new build vessel Ultra Deep Matisse.