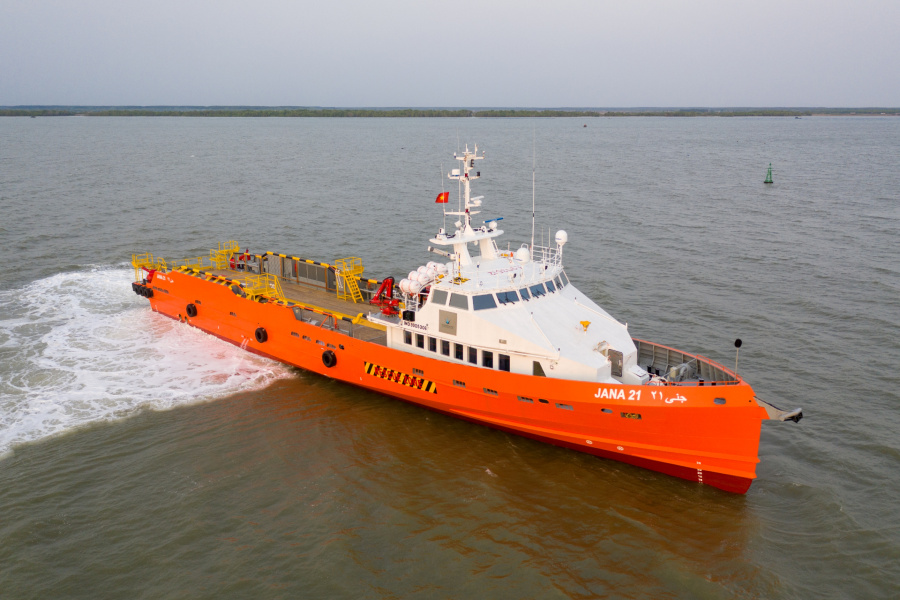 Classed by Bureau Veritas and designed specifically for operations in the Arabian Gulf, Jana 21 has a length of 55.1 metres, a beam of 10 metres, and a maximum draught of 2.28 metres. The vessel has space for 20 crewmembers, comfortable lounge seating for up to 60 passengers in business class (50 seats) and VIP (10 seats) sections, and space for up to 226 tonnes of cargo on its 250-square-metre deck, making it ideal for resupply duties in addition to personnel transfer.

The accommodation spaces for the crew include two four-person cabins, five two-person cabins, and two single cabins. Also situated in the interior are a mess with galley and four toilets with showers.

Four Cummins QSK60 main diesel engines that each produce 2,013 kW at 1,900 rpm drive HamiltonJet HT810 waterjets to give the crewboat a top speed of 34 knots and a cruising speed of 25 knots. With a total fuel capacity of 139,000 litres, the vessel enjoys significant autonomy and can therefore be easily deployed to transport technicians to and from offshore platforms that are situated much farther from the coast. 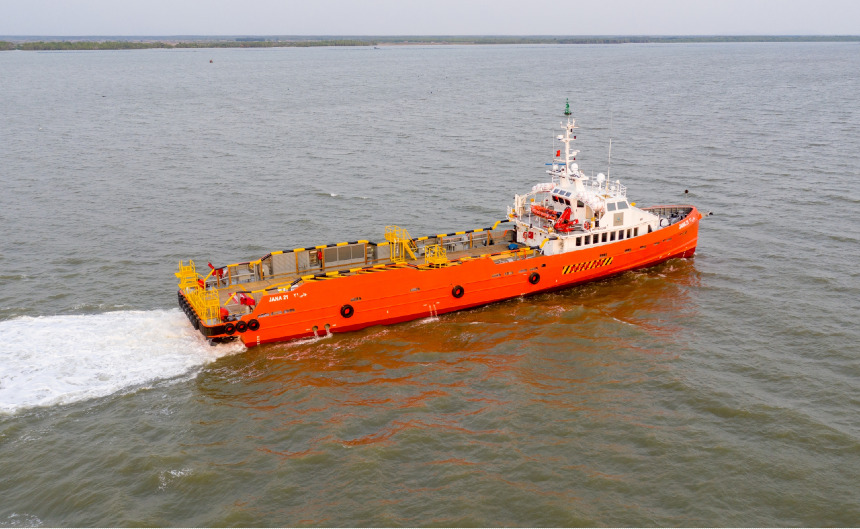 Piriou added that the straight hull also translates into improvements in speed while maintaining the same energy consumption whether the vessel is fully loaded or otherwise.

Two electric-powered 150kW bow thrusters enhance the vessel’s manoeuvrability at low speeds and in close quarters, such as during docking/undocking.

The crewboat is also equipped with a DP2 system, GMDSS for A1, A2, and A3 areas, five VHF radio sets, an aviation radio, and an alarm and monitoring system provided by Marinelec Technologies.

In fulfillment of SOLAS as well as Saudi and Bahraini flag state requirements, the vessel is fully equipped with regards to life-saving appliances. Specifically, the vessels has eight 25-person liferafts, a lifejacket-to-occupant ratio of greater than one-to-one due to the availability of spares, a Dacon rescue net/scoop, a davit-launched rigid inflatable boat (RIB) for use in man overboard situations, and two 1,200m³/h firefighting monitors.

The vessel’s onboard systems draw electrical power from two 178kVa and two 263kVa generators, which are in turn powered by a quartet of Cummins QSB7 diesels.

Jana 21 was delivered to Jana Marine Services in January of this year. It is the third Piriou-built crewboat to join the Jana fleet following the delivery of the 41-metre sister vessels Jana 17 and Jana 18 in 2017. 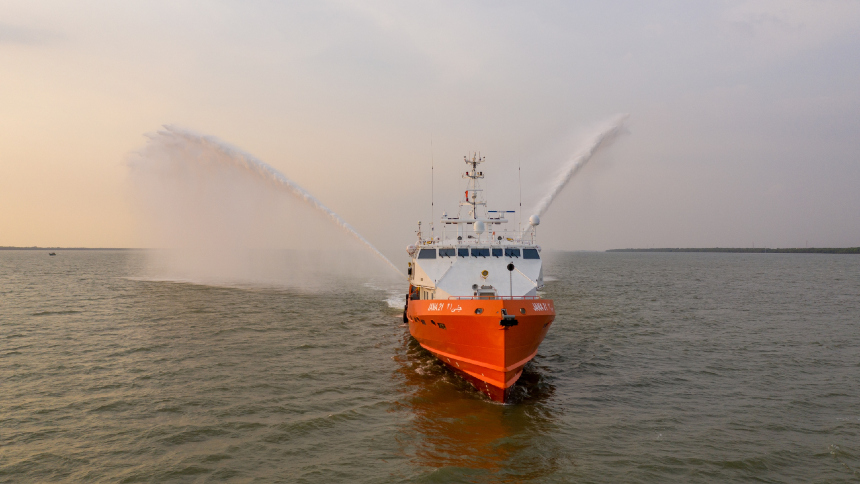