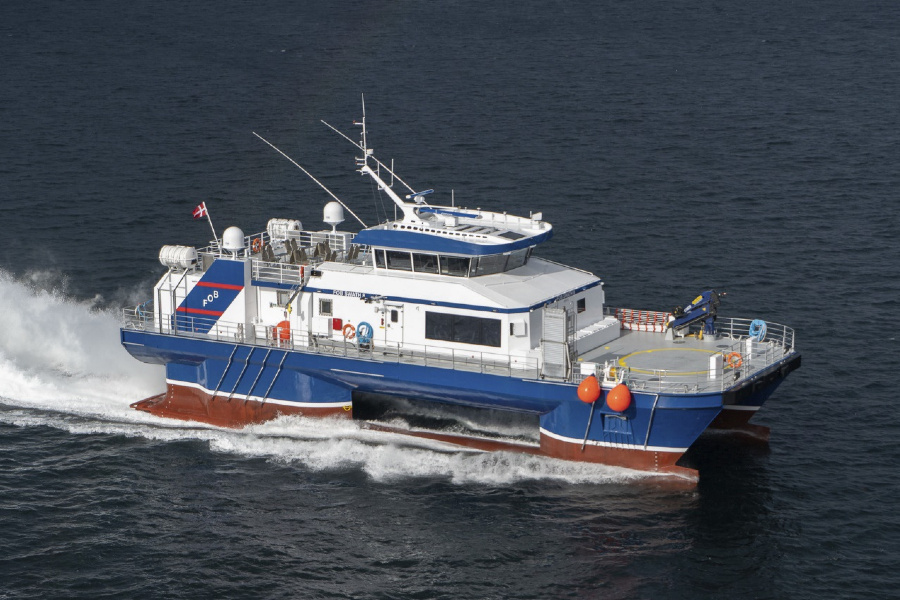 Built by Norwegian shipyard Oma Baatbyggeri in compliance to DNV 1A1 HSCLC R1 rules, the vessels were so-named for their small waterplane area twin hull (SWATH) design, which is optimised for ensuring stability even when sailing at high speeds and tolerating wave heights of up to two metres.

The design also allows the hull of each vessel to be lowered by as much as 1.5 metres when in the water, hence reducing vessel movement and guaranteeing significantly safer crew transfers to and from offshore wind turbines even when the sea gets rough. To lower the hull, the ballast tanks are filled with seawater, a process that can be completed within three minutes.

The DP-equipped crewboats each have an LOA of 32.5 metres, a moulded beam of 11.5 metres, a maximum draught of 2.95 metres with the hull lowered, and a draught of 1.65 metres when the hull is raised. Aluminium was used in the construction since it ensured the hulls will be lighter than carbon fibre while still possessing the same levels of durability necessary for long-term offshore operations. 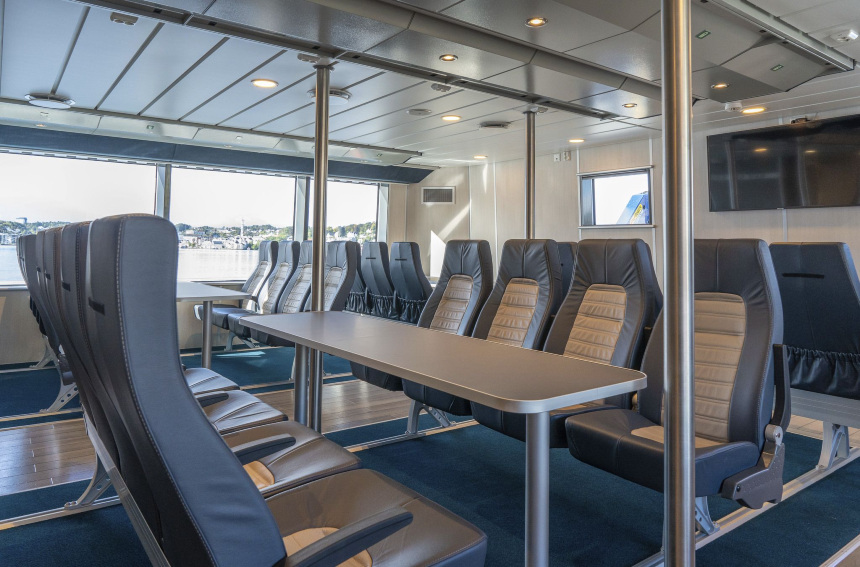 There is space for 36 passengers and a crew of four, though the interior layout may be modified to house a maximum of 56 passengers if needed. Amenities include two toilets with showers, satellite TV, wi-fi connectivity, and facilities for serving both hot and cold beverages. All interior spaces are also fully air-conditioned.

The passenger seats are from West Mekan Produksjon while the operators’ seats in the wheelhouse were supplied by Alu Design and Services.

Four MAN V12-1650 1,200kW engines connected to Marine Jet Power MJP 500 waterjets via ZF 3000 gearboxes propel each crewboat to a speed of 32 knots. Auxiliary power is in the form of two 92kW engines that feature automatic switching in case one or the other engine fails while in transit. An interceptor and stabilisers from Humphree help ensure more comfortable sailings. 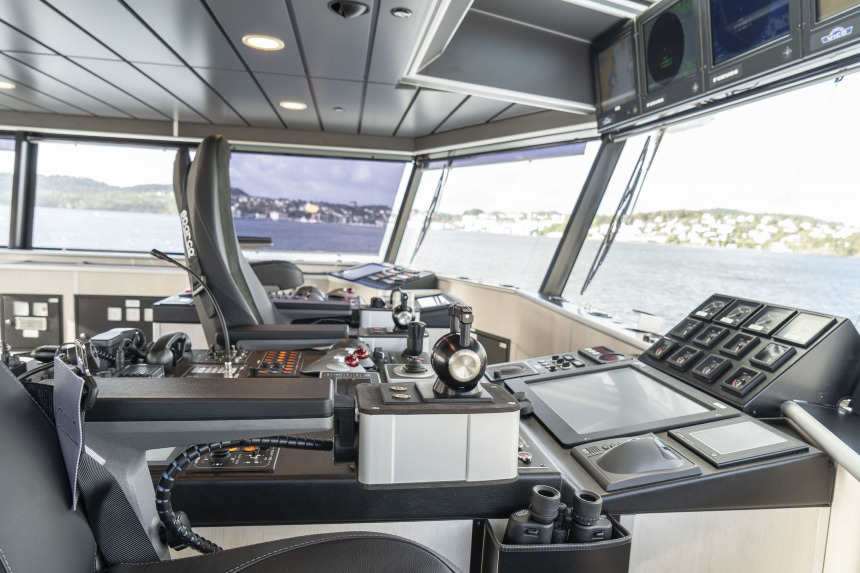 Two bow thrusters have also been fitted for added manoeuvrability especially when docking/undocking at ports or offshore turbines and when navigating in inner harbour waters. To provide added protection for the hull during docking/undocking, type RG rubber fendering is incorporated on the bow.

The vessels also feature two Volvo Penta D5A 80kWe generators, a Palfinger crane, MB Hydraulikk anchor winches, a Dacon rescue net with deck control station, and a hydraulically operated telescoping gangway from Undertun Industrier. Most of the electronics including the radar, GPS, AIS, and echosounder were supplied by Furuno while the VHF and UHF radio sets were provided by Sailor.

The foredeck has 75 square metres of clear space that can accommodate a maximum cargo load of 10 tonnes.

The crewboats are also adequately equipped for emergencies with a pair of SOLAS-approved, 100-person life rafts from Viking Life-Saving Equipment as well as HSC Code 2000-compliant firefighting and life-saving devices.

FOB SWATH 9 and FOB SWATH 10 are the second and third vessels, respectively, in a series of three ordered by Offshore Windservice from Oma Baatbyggeri. 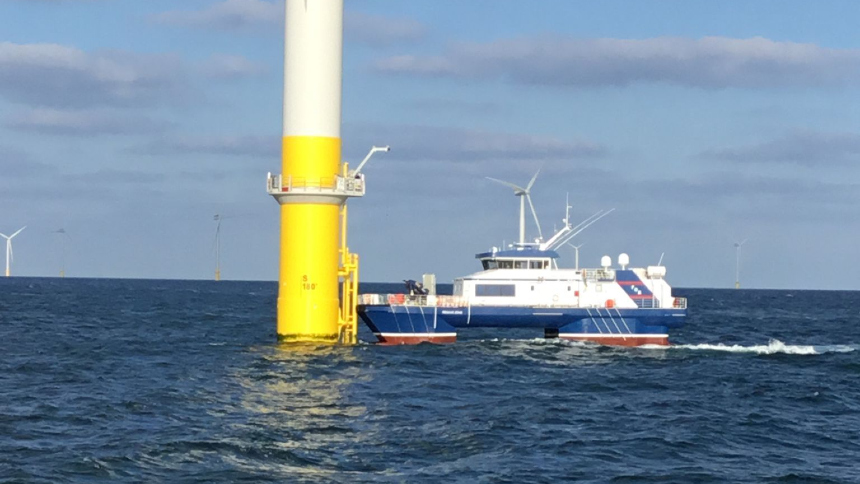