The newbuild is a specialised variant of an existing Chartwell crewboat design. In addition to being capable of sailing under a broad range of sea conditions off the US Atlantic coast, it has been modified to comply with American environmental and US Coast Guard regulations as well as with legislation protecting the migration route of the protected Right Whale.

The 73.2- by 28.4-foot (22.3- by 8.65-metre), aluminium catamaran crewboat will provide operations and maintenance support for the 12MW CVOW, which is located 27 miles (43 kilometres) off Virginia Beach and owned jointly by Dominion Energy and Siemens Gamesa.

The vessel is manned by a crew of two to four and has the capacity to transport up to 24 technicians. Seating for the occupants is in the form of IMO HSC code-compliant reclining chairs in an interior that also boasts wi-fi connectivity and USB charging ports. 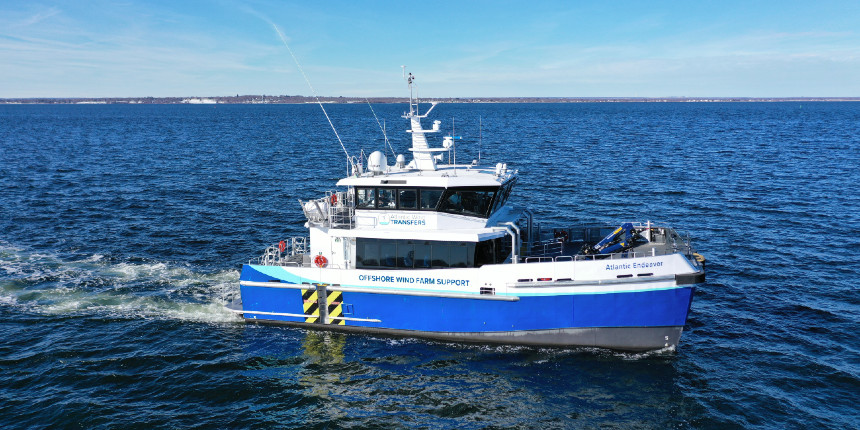 The hull is designed to minimise wet-deck slamming while offering a draught of just 4.42 feet (1.35 metres). The propulsion arrangement consists of two MAN V12-1400CR main engines that each produce 1,400 hp (1,043 kW) at 2,100 rpm, two ZF 3050 gearboxes, two HamitonJet HM651 waterjets, and a quartet of Humphree transom-mounted interceptors with computerised active ride control. This arrangement delivers a service speed of 22 to 26 knots and a sprint speed of 29 knots.

On the 645-square-foot (60-square-metre) foredeck, the vessel has an 11-ton (10-tonne) cargo capacity, cargo securing points, a Palfinger PK6500M knuckle boom crane, and a Nabrico anchor winch. The deck can accommodate up to two 10-foot (three-metre) containers.

Power for the onboard systems is supplied by two Cummins Onan 29kW generators.

The vessel is also equipped with a power washing and fuel transfer system. The designated walkways including the boarding gangway all feature handrails and safety sliding rails and are devoid of trip hazards.

AWT said that Atlantic Endeavor will have a secondary survey capability, which will also be put to use in support of offshore wind-related activities. 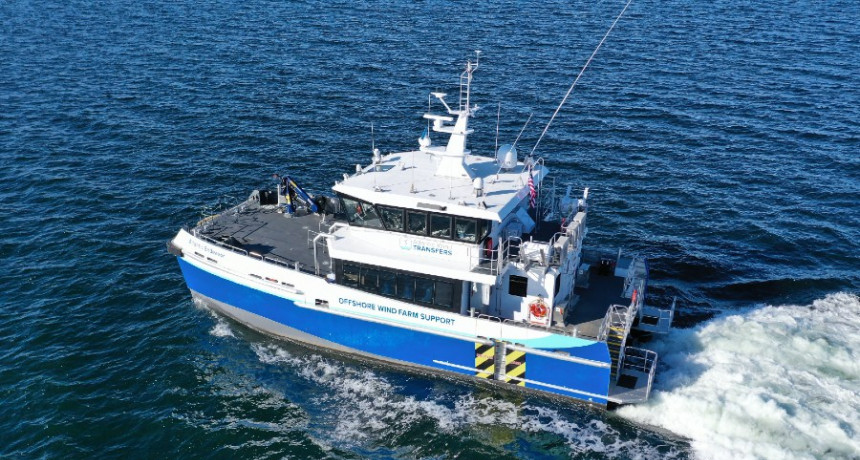