Written by Baird Maritime on August 2, 2019. Posted in Crew Transfer. 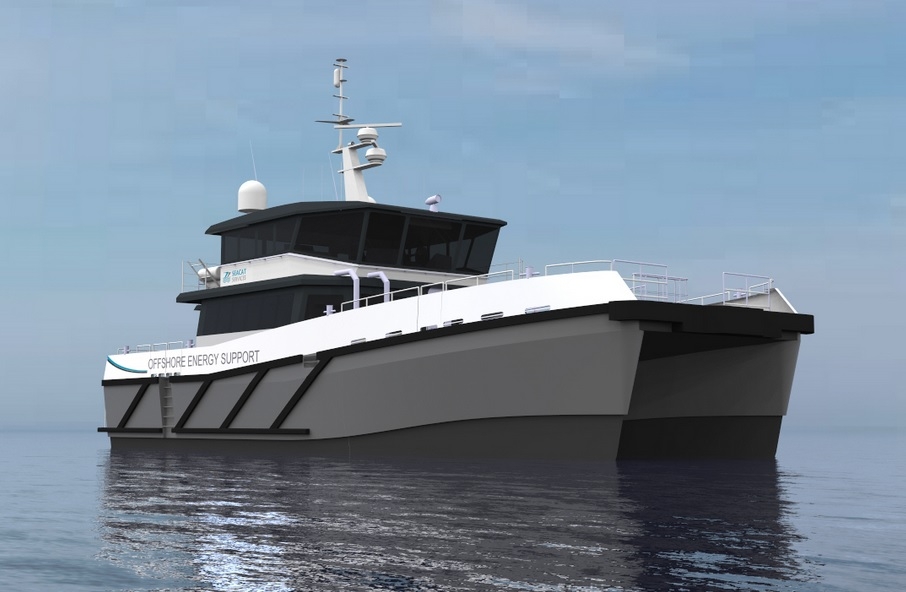 Seacat Services has exercised an option for a second catamaran crewboat in a series from Isle of Wight-based Diverse Marine.

Construction is set to commence soon on the future Seacat Rainbow. Like identical sister Seacat Weatherly which is currently under construction at Diverse Marine, Seacat Rainbow will be designed by Chartwell Marine.

The aluminium crewboat will have a length of 24.4 metres, a beam of 8.87 metres, a draught of 1.2 metres, a crew of six, capacity for 24 passengers, and a fore deck cargo area of 70 square metres.