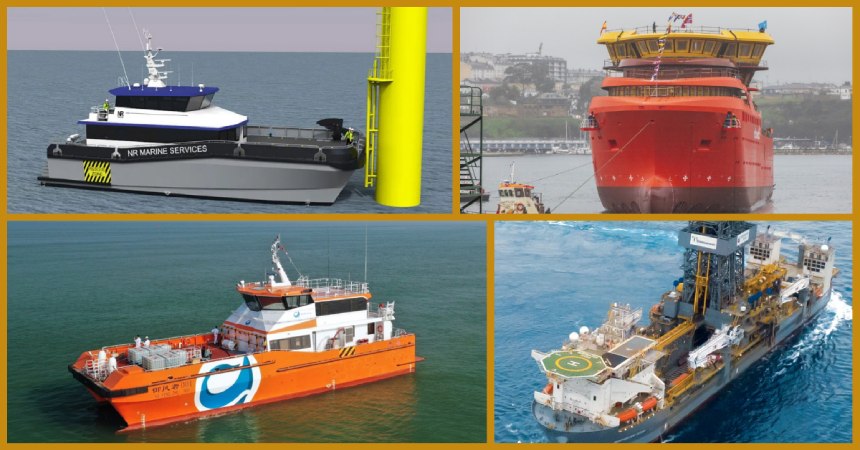 A large drillship will soon begin operations in the Gulf of Mexico while a Chinese renewables support company expands its crew transfer fleet. A windfarm maintenance support vessel ordered by Norwegian owners is launched into the water for the first time. Lastly, a UK operator taps a local shipyard for the construction of a catamaran crewboat.

Transocean has taken delivery of the second drillship in a series ordered from Singapore-based shipbuilder Sembcorp Marine.

Like earlier sister Deepwater Atlas, Deepwater Titan was designed to be capable of 20,000psi drilling and completion operations and to operate at 12,000 feet (3,657 metres) water depth and drill to depths of 40,000 feet (12,192 metres). The hook-load hoisting capacity is rated at three million pounds (1,360 tonnes).

Deepwater Titan will be deployed to the Gulf of Mexico in early 2023 to operate under a five-year charter with Chevron.

Also provided are internal storage for equipment and a large foredeck cargo zone.

The 32-metre crewboat has a top speed of 25 knots, capacity for 12 technicians and 10 tonnes of cargo, and equipment for ensuring safe crew transfers even in wave heights in excess of two metres.

The Salt Ship-designed vessel measures 88.3 by 19.7 metres and will have accommodations for 97 technicians and 23 crewmembers. Equipment will include a 3D offshore crane, an offshore gangway, and an integrated lift with capacity for 26 people.

The CSOV will also have cargo hold space with a total area of 400 square metres.

The vessel, to be named NR Predator, will be a first-of-class crewboat that will feature an insulated generator space for receiving generators and batteries. This allowance means the vessel, which will initially be powered by conventional engines, will be ready for conversion to hybrid propulsion in the future.

NR’s contract with Diverse Marine also includes an option for a second crewboat.