Written by Baird Maritime on April 20, 2018. Posted in Crew Transfer. 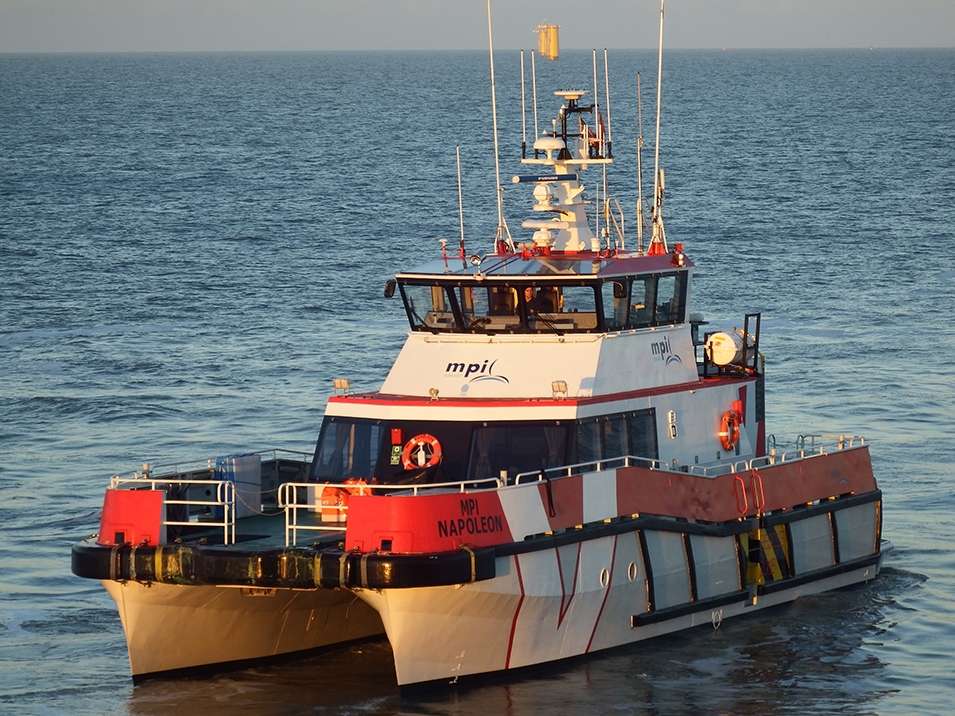 Vroon Offshore has secured a charter in the German sector of the Baltic Sea for its crew-transfer vessel (CTV) MPI Napoleon.

Built to BV class, the 22-metre alloy catamaran was delivered to Sassnitz on the German island of Rüg in preparation for the start of operations.

MPI Napoleon has a passenger capacity of 12 and has a cruising speed of 24 knots.

She will be engaged in crew-transfer operations, shuttling technicians from port to their worksite at a nearby offshore wind farm.