Written by Baird Maritime on November 30, 2017. Posted in Crew Transfer. 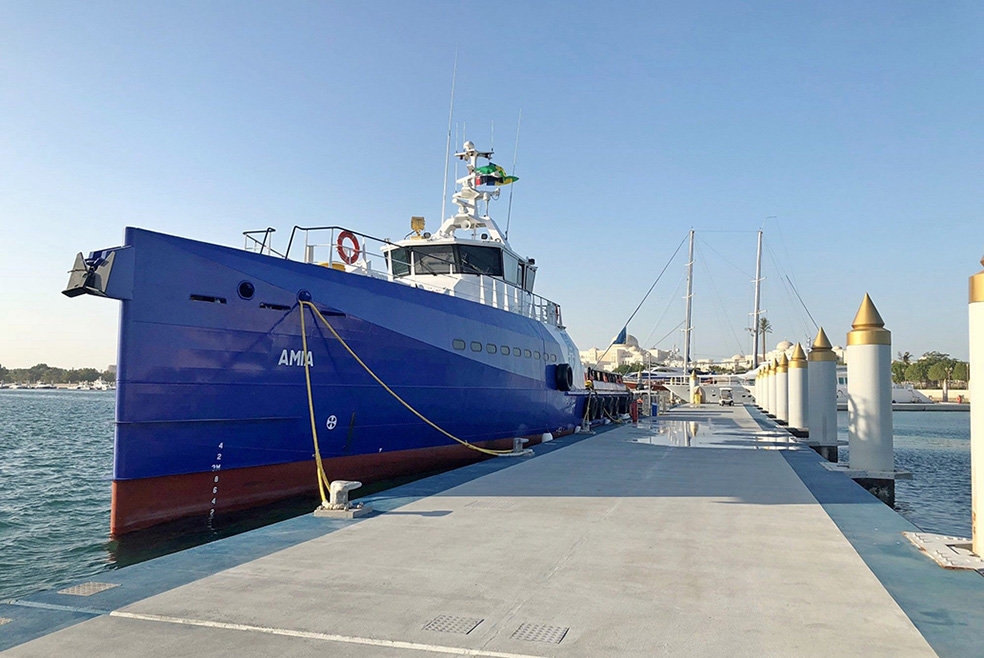 The 40-metre-long Amia was officially handed over at the Emirates Palace Marina in Abu Dhabi. It will support the offshore energy sector in the Arabian Gulf.

Amia is fitted with seating for 90 personnel, has a top speed of 25 knots and a range of 1200 nautical miles. Its 140 square metres of cargo deck aft enable her to carry containers.

As well as personnel transfers, it can be fitted out for firefighting, oil recovery, safety stand-by, towing and security duties.

The first of the two FCS 4008 vessels, Ampi, was delivered in late September and has started operations on a contract for up to three years.