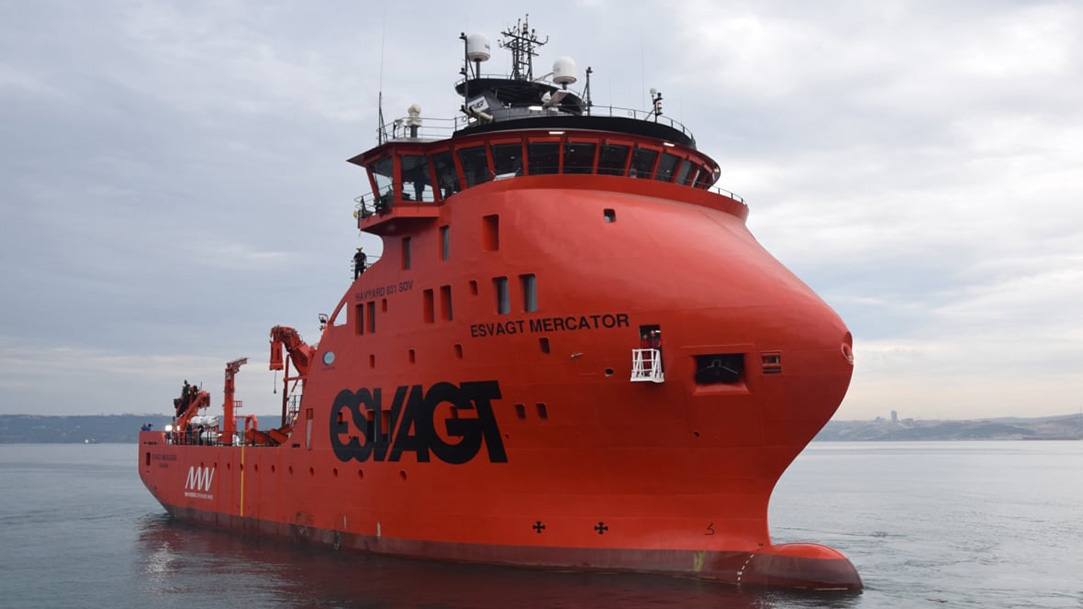 Esvagt’s service operation vessel (SOV), Esvagt Mercator, has been christened at the Belgian port of Ostende.

Chartered by MHI Vestas Offshore Wind under a 10-year lease agreement, the 58-metre ship will be based at Ostende.

She will provide a base for 36 windfarm technicians for periods of up to two weeks at sea.

The ship is equipped with three safe transfer boats designed for safe and efficient transfer of personnel from Esvagt Mercator to turbines.

Esvagt Mercator is significantly smaller than other SOVs and will only transfer technicians to turbines using the safe transfer boats, rather than using a gangway.