Written by Baird Maritime on November 15, 2019. Posted in Crew Transfer. 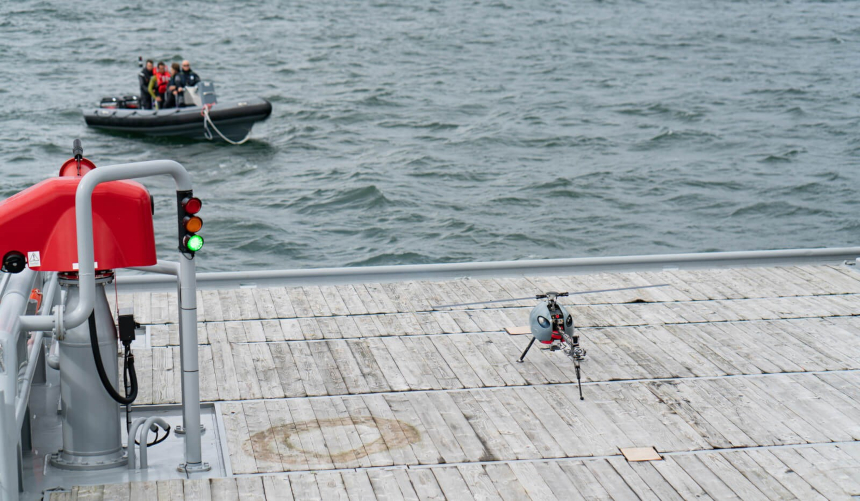 Damen Shipyards Group, in collaboration with Delft Dynamics and Next Ocean, has conducted offshore qualifications testing of a new drone helicopter designed to support maritime search and rescue (SAR) operations.

A Delft Dynamics drone helicopter and a small fast rescue boat were launched from a Damen crewboat in the North Sea during the test, the goal of which was to determine the limits of drone helicopter operations offshore. The current drone is expected to lead to an improved design capable of remaining aloft and observing for up to four hours.

The test also involved launching and landing the drone and boat in rough seas, a challenge which the partners had identified early on and addressed using a wave and vessel motion predictor developed by Next Ocean. The wave prediction system uses the vessel’s radar to map the sea approximately one nautical mile all around, enabling the accurate prediction of wave activity over the next three minutes.

The test was funded by the Dutch Ministry of Defence and supported by the Royal Netherlands Navy and the Netherlands Coastguard.