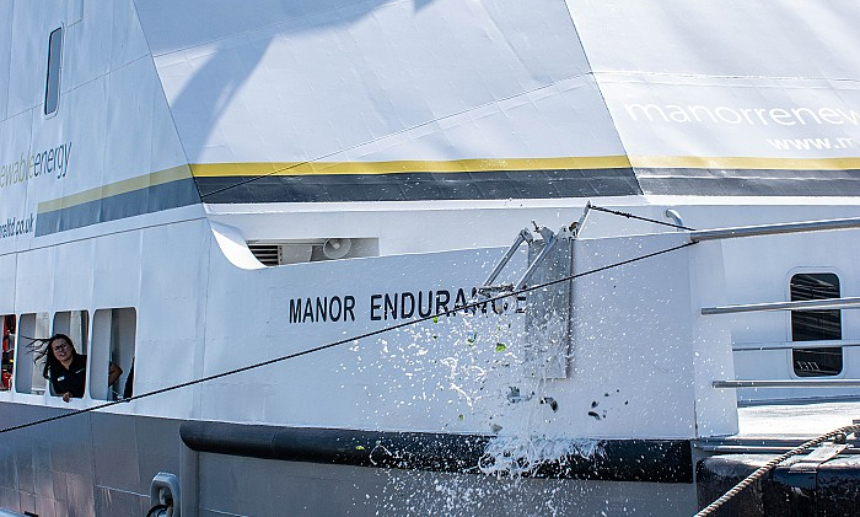 Manor Renewable Energy (MRE) recently held a christening ceremony to mark the completion of the newest member of its fleet of windfarm service vessels.

Built at Manor Marine shipyard in Dorset, Manor Endurance is a near identical sister of Manor Venture, which entered service with MRE in 2017.

The newbuild will be available for long-term charter beginning on September 10, 2020.