Written by Baird Maritime on May 4, 2018. Posted in Offshore Decommissioning, Offshore Wind. 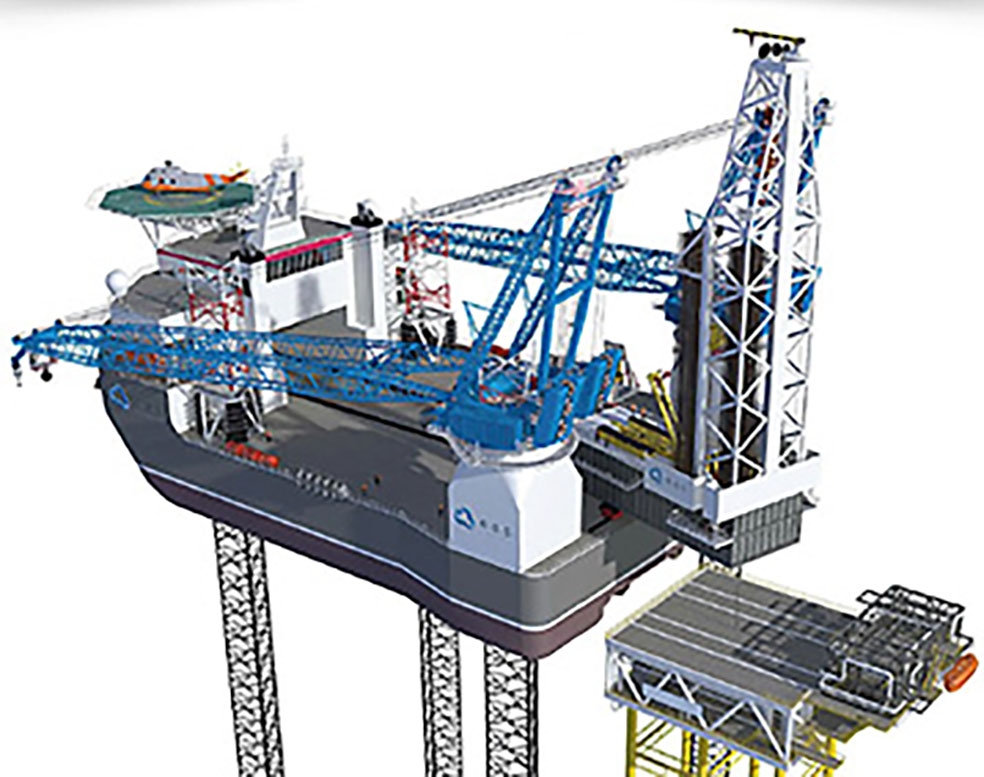 Ordered by OOS Energy, the 96-metre units will be purpose-built for the decommissioning market.

Able to be deployed in water depths up to 80 metres, the identical four-legged, self-elevating multi-activity units (MAUs) will be used in decommissioning operations.

Equipped for light drilling operations to close wells, they can deconstruct the top side of an oil rig’s structure, remove the jacket structure that goes down to the sea floor and install next-generation wind turbines.

Construction is scheduled to start later this year.

The units will be self-propelled by four steerable thrusters, and are also equipped with a dynamic positioning system (DP2 system).

Two cranes, one with a maximum hook height of 92 metres and the other 122 metres above deck, have a combined lifting capacity of 2,400 tonnes. They can work in tandem to dismantle decommissioned offshore structures, lifting parts onto the MAU’s deck, before transporting them back to shore.