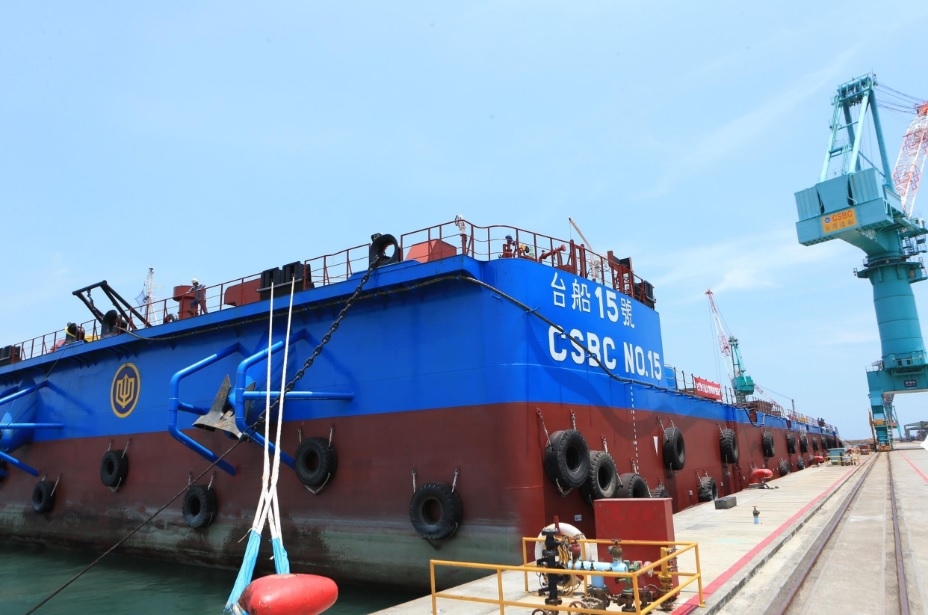 The recently launched CSBC No. 15, the first offshore wind transport barge to be built in Taiwan, has sailed on its maiden voyage.

The vessel’s cargo during the voyage consisted of 15 hull units and erection blocks for a new wind farm to be situated offshore Kaohsiung.

Built by CSBC Corporation, the 140- by- 41-metre CSBC No. 15 is currently being operated by CSBC-DEME Wind Engineering (CDWE), a joint venture between CSBC and DEME Group subsidiary GeoSea.