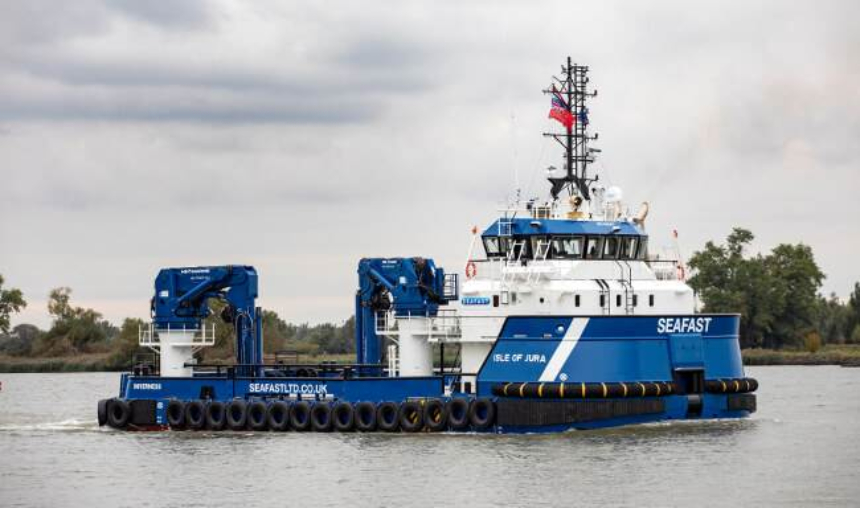 Scotland-based Seafast Marine has officially named its newest multi-purpose workboat Isle of Jura in a ceremony at Damen Shipyards Hardinxveld in the Netherlands.

The DP2 vessel was commissioned by Seafast Marine for use in the offshore and onshore wind industries as a construction support and anchor handling platform.

Isle of Jura is designed to work in both shallow and deep waters. It has a length of 33 metres, a beam of 14.5 metres, a displacement of just under 500 tonnes, and accommodations for up to 15 crewmembers.