Written by Baird Maritime on August 3, 2018. Posted in Offshore Construction. 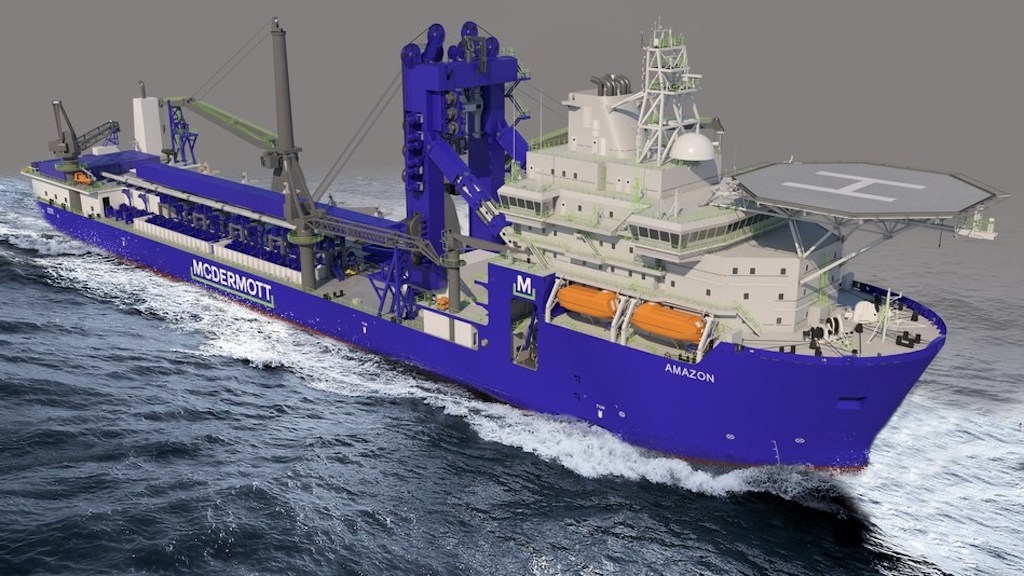 Following the upgrades, Amazon will be capable of installing hex-joints up to 60 centimetres in diameter on a worldwide basis.

The vessel is operated by McDermott under a long-term bareboat charter that started in 2017. The vessel is equipped with twin 400 tonne cranes and accommodations for 200 personnel.

The modifications will consist of removing the existing tower and replacing it with a J-Lay system with 1,653 tonnes of dynamic top tension on the tower, which will enable large subsea structures and hex sections of pipelines from 11 to 60 centimetres to be installed.

The Amazon modifications will include an integrated multi-joint facility, where single joints will be welded to form hex joints.

The 11,023 tonnes of existing cargo space onboard will remove the requirement for onshore facilities to produce the multi-joints, enhancing mobility of the vessel and reducing reliance on shore bases for support.

Initial engineering began on the project in October 2017 and transitioned into full engineering design in January 2018.

The vessel will be delivered to IHC in the Netherlands in August 2019 for a conversion period that is expected to last 10 months. Redelivery to McDermott is expected in the summer of 2020.