Written by Baird Maritime on October 19, 2018. Posted in Offshore Construction. 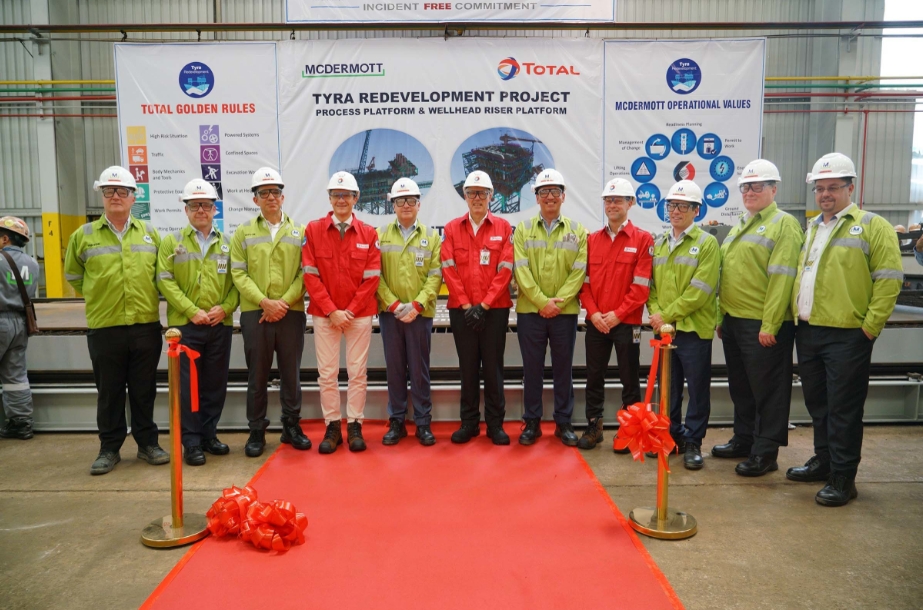 McDermott International has held a steel-cutting ceremony at its fabrication yard in Batam, Indonesia, to mark the commencement of fabrication for the Tyra Redevelopment project.

McDermott will fabricate and assemble two separate work packages for Total, comprising seven topside structures, six connecting bridges, and six jacket extensions weighing a total of 33,000 tonnes. This makes it one of the largest combined projects for McDermott in the North Sea.

McDermott was awarded the engineering, procurement, construction, and onshore commissioning contract in December 2017 by Maersk Oil before that company’s acquisition by Total in March 2018.

The new facilities will be located approximately 225 kilometres west of Esbjerg, Denmark, in the North Sea.

The Tyra gas field is the center of Denmark’s national energy infrastructure, processing 90 per cent of the nation’s gas production.