Written by Baird Maritime on May 7, 2019. Posted in Offshore Construction. 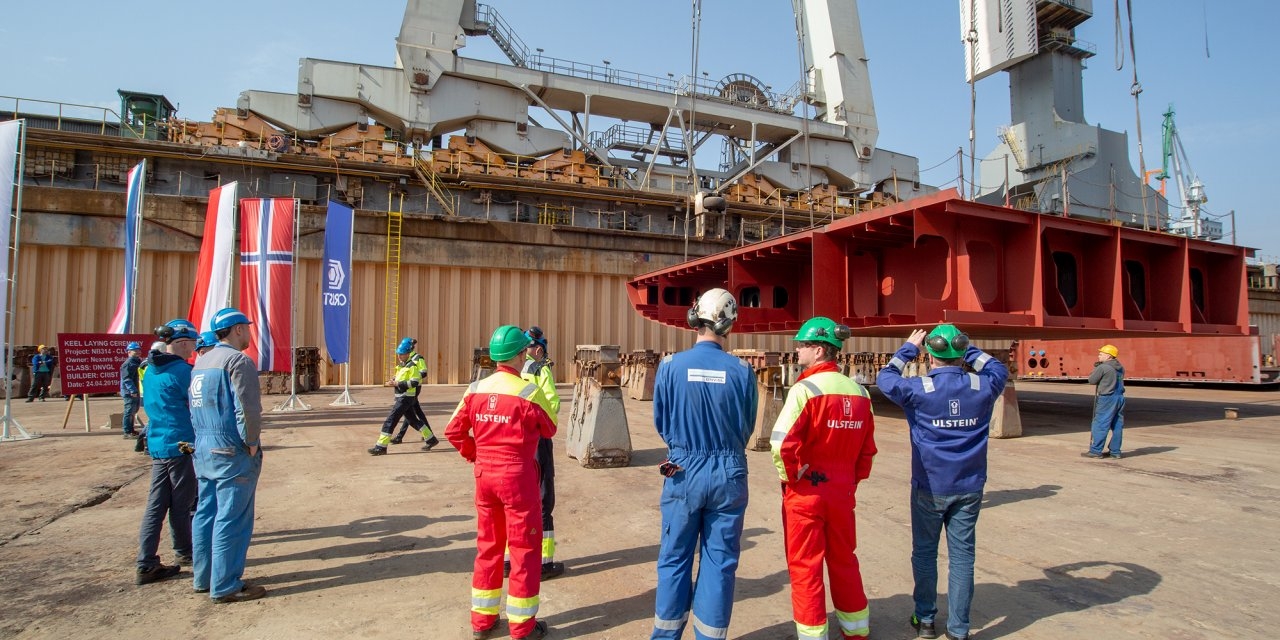 After completion of the hull, it will be transported to Ulstein Verft’s facilities in Norway where it will undergo outfitting, system integration, and sea trials.

The Skipsteknisk-designed Nexans Aurora will have a length of 149.9 metres, a beam of 31 metres, and accommodations for 90 people.