Written by Baird Maritime on July 5, 2019. Posted in Offshore Construction. 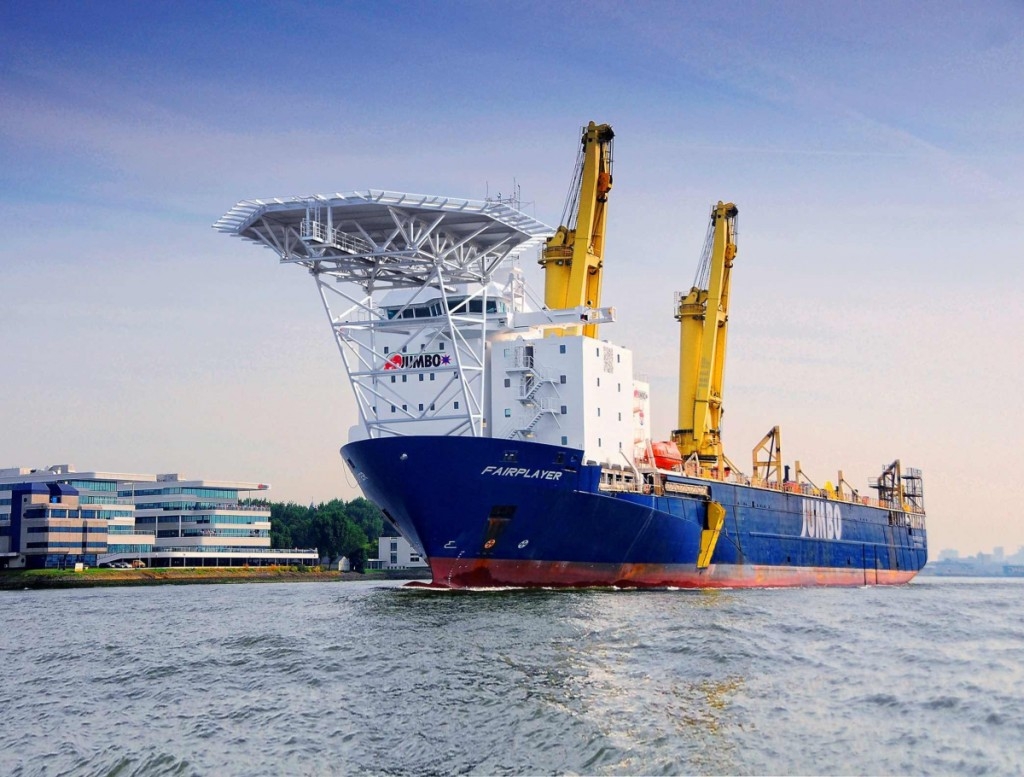 Netherlands-based Jumbo has completed the pre-installation and tensioning of a shallow water catenary anchor leg mooring (CALM) buoy mooring system at a depth of 26 metres for the Mersa El-Hamra terminal offshore Egypt.

The scope included the pre-lay of 10 Stevshark drag anchors and six chain moorings and the subsequent tensioning of the mooring legs up to 512 tonnes for client WEPCO/Micoperi.

Jumbo had utilised the heavy load carrier vessel Fairplayer for the project.