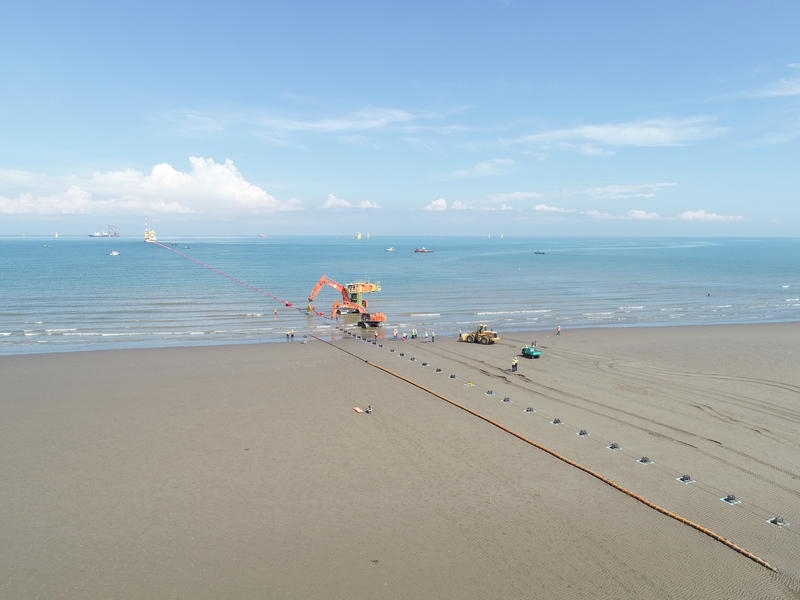 The installation work was carried out under an engineering, procurement, construction, and installation (EPCI) contract between Jan De Nul and Formosa I Wind Power, a partnership of Ørsted, JERA, Macquarie Capital, and Swancor Holding.

The three export cables have been successfully installed in water depths of not more than seven metres, thus limiting the shore pull distance to around 1,750 metres. At the beach landing, the cables have been pulled through three HDD ducts into the transition joint bays.

Willem de Vlamingh is also acting as trenching support vessel for the jet-trenching of both the export as well as the 17 inter array cables to be installed under the same EPCI contract.

The offshore wind farm is located around six kilometres off the west coast of the Miaoli district in the Taiwan Strait, with water depths ranging between 15 and 30 metres. The original demonstrator project, comprising two wind turbines with a total capacity of eight MW, is currently being extended.

This second phase will add 20 offshore wind turbines with a total capacity of 120 MW to Formosa 1’s current eight-MW capacity. Formosa 1 will be the first commercial-scale offshore wind farm in Taiwan before 2020.