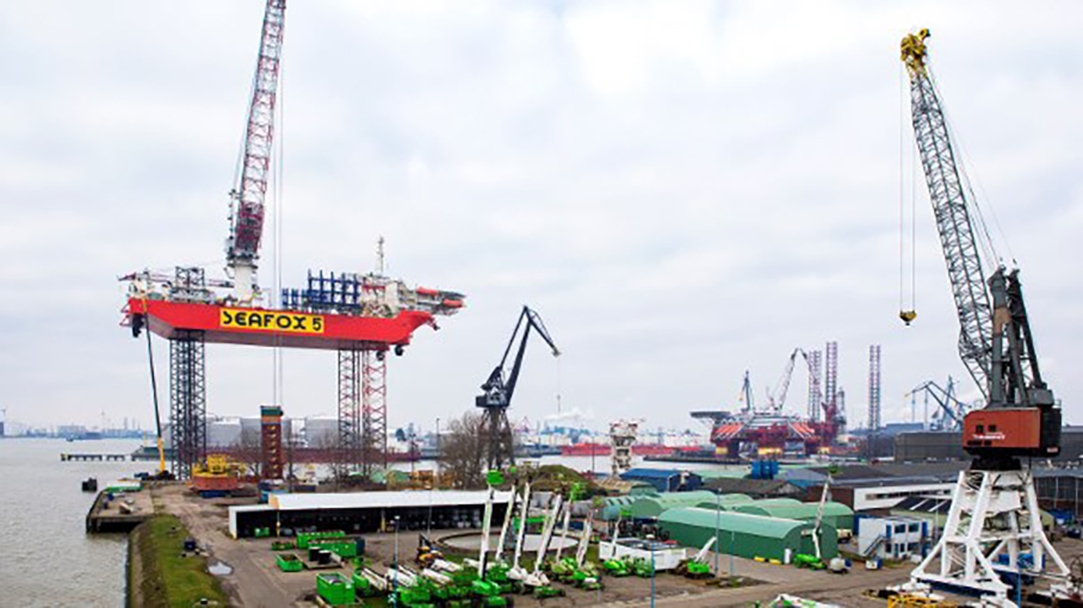 The self-propelled, DP2, jack-up rig Seafox 5 is on its way to Germany after a four-month refit at the Damen Verolme Rotterdam shipyard in the Netherlands.

Placed into dry dock to lengthen the main boom of her 1,200-tonne Liebherr crane, the works on Seafox 5 will enable her to fulfil an upcoming contract with GeoSea to install 66 6.0MW wind turbines at the Merkur wind farm off the coast of Germany.

Accommodating up to 150 personnel, the 151-metre by 50-metre vessel is now equipped to undertake offshore wind projects involving the next generation of larger wind turbines in water depths of up to 65 metres.

Other works undertaken included a special periodic survey, testing the jacking system up to 70 metres above sea level, renewing the leg guide wear plates, installing a secondary Sormec crane and a repaint.

Seafox 5 was delivered in 2012 and is owned and operated by jack-up specialist Seafox.