Written by Baird Maritime on May 20, 2020. Posted in Offshore Processing & Storage. 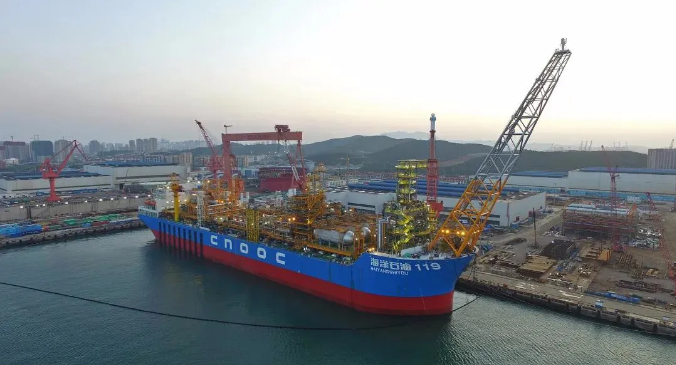 Named Haiyang Shiyou 119 (“Offshore Oil 119”), the newbuild will be operated by CNOOC in the Liuhua field in the South China Sea.

The FPSO has an LOA of 256 metres, a beam of 49 metres, a deadweight of 150,000 tonnes, and an expected service life of 30 years. It is capable of extraction at water depths of up to 420 metres and its daily processing capacity is rated at 21,000 cubic metres for crude oil and 540,000 cubic metres for natural gas.