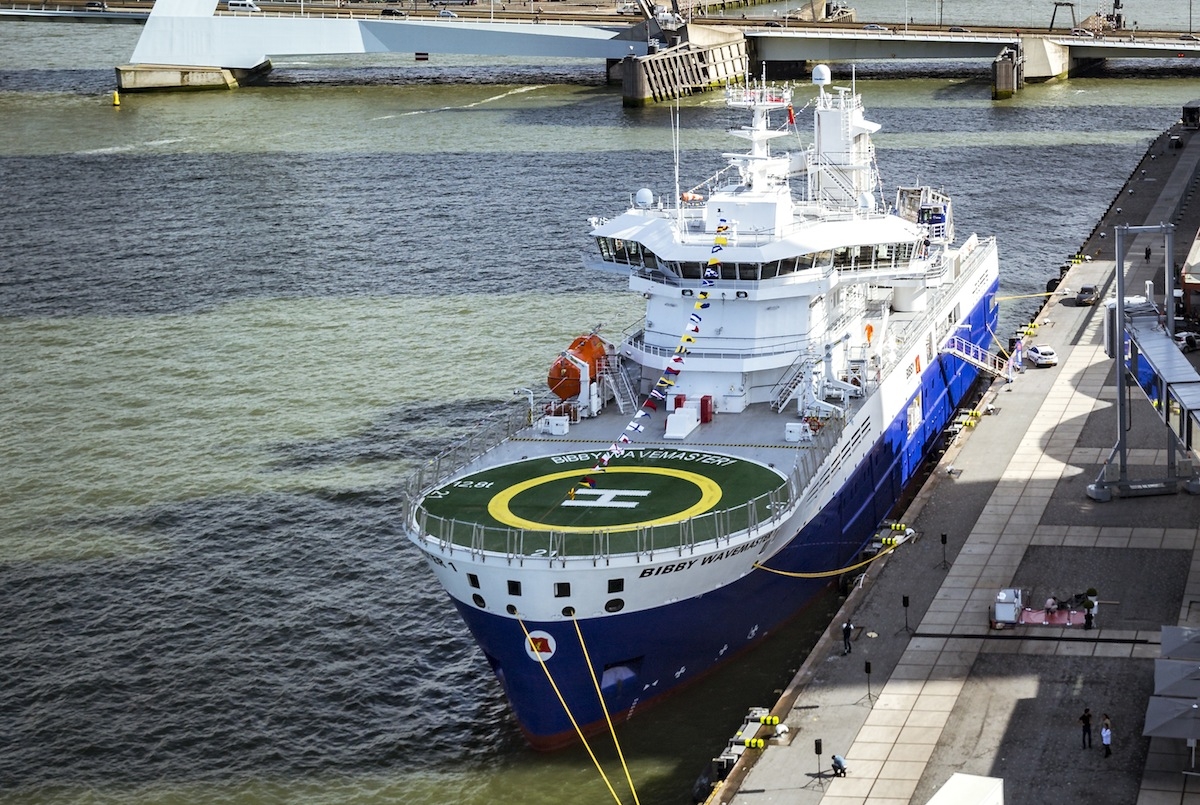 The naming ceremony of service operations vessel Bibby WaveMaster 1 took place late last week at the cruise terminal in the Port of Rotterdam.

The vessel is the first of Damen’s new design of purpose-built “service operations vessels” (SOV) with walk-to-work (W2W) capability. Damen identified the need for such a vessel back in 2013 following consultations within the offshore renewables industry and launched a research programme that set out to develop a new concept from the ground up in cooperation with a number of key suppliers.

The design that came out of this process combined DP-2 and a new motion-compensated gangway with an innovative hull design, a rethought internal layout, and a range of additional features designed to increase efficiencies and reduce costs.

In January 2016, Bibby Marine Services and Damen signed a contract for the building of the first of the new class, steel was cut for the first time just weeks later, and the newbuild was officially launched at Damen Shipyards Galati on March 24.

On April 1, 2018, she will begin an assignment for Total E&P Nederland, working on gas platforms in the Dutch sector of the North Sea.