Written by Baird Maritime on September 19, 2017. Posted in Offshore World. 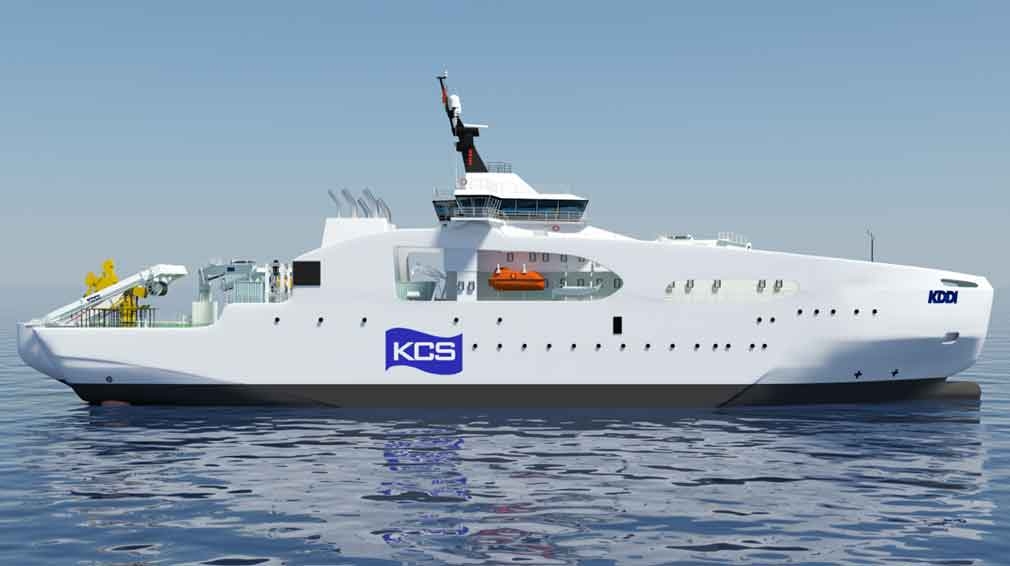 Colombo Dockyard has laid the keel for the first ever cable laying vessel for Kokusai Cable Ship Co. (KCS) of Japan.

The vessel, the biggest ever to be built at the yard, is intended for subsea operations, cable installation and repair works of optical cables and power cables. She will have a cable carrying capacity of 5,000 tonnes. For the handling of power cables, the forward tank has been fitted with a carousel system with a spooling arm.

The cable layer will be diesel electric driven with power provided by four generator sets, developing 2,250kW each. Three generators out of the four available are sufficient to cope with the highest propulsion demands, ensuring high reliability.

Transit at service speed with two engines running efficiently will optimise fuel consumption. Bollard pull will be 80 tonnes, with a range of 10,000 nautical miles, and DP2 class.

This vessel measures in at 111.3 metres in length, 21.5 metres in breadth and 8.80 metres deep, with a maximum load laying draught of approximately 7.1 metres. She has a deadweight carrying capacity of 5,300DWT and a planned average cruising speed of 14.5 knots with accommodation facilities for 80 persons.

Delivery is expected by the end of March 2019.