Written by Baird Maritime on May 7, 2018. Posted in Offshore World. 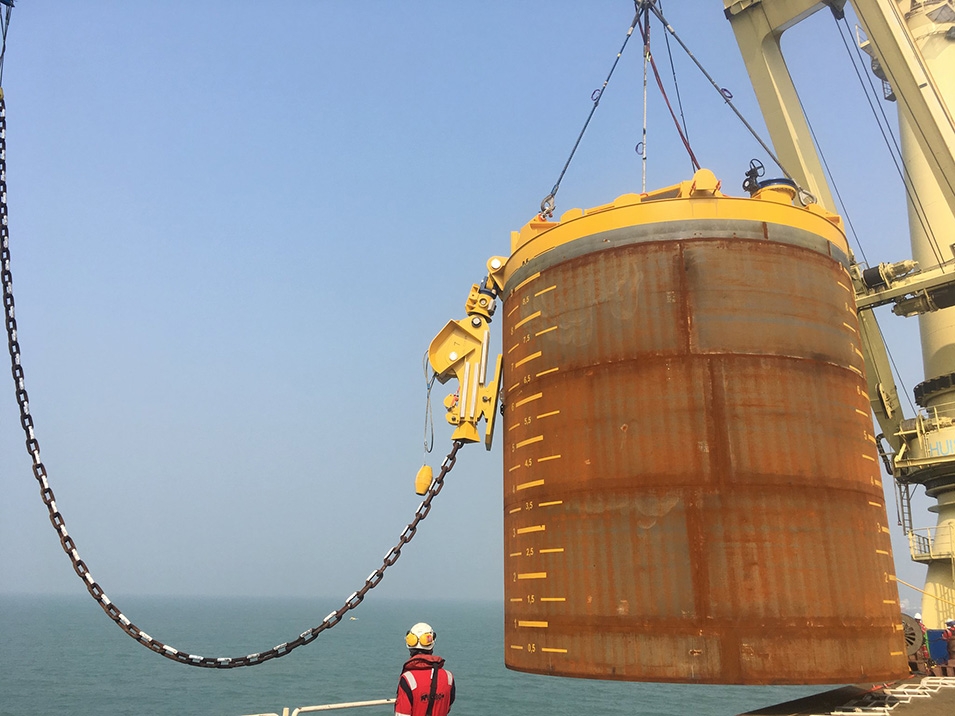 Jumbo has completed work on the first LNG import terminal in Bangladesh.

The Moheshkhali floating LNG import terminal is being developed off the coast of Moheshkhali Island in the Bay of Bengal.

It will include a floating storage and regasification unit (FSRU), a subsea buoy system and a subsea pipeline, which will connect the terminal to an onshore pipeline system.

Jumbo was contracted by Geocean to transport and install the mooring system for the FSRU. Using Jumbo Javelin, this involved installing eight suction piles/anchors, one pipe line end terminal (PLEM), one Pad and scouring protection.

“Conditions on this project were at times challenging due to strong currents and poor visibility, however, the crew on board managed to perform outstandingly with a lot of ingenuity and persistence to complete the project within specifications,” Project Manager Tom Rijnders said.