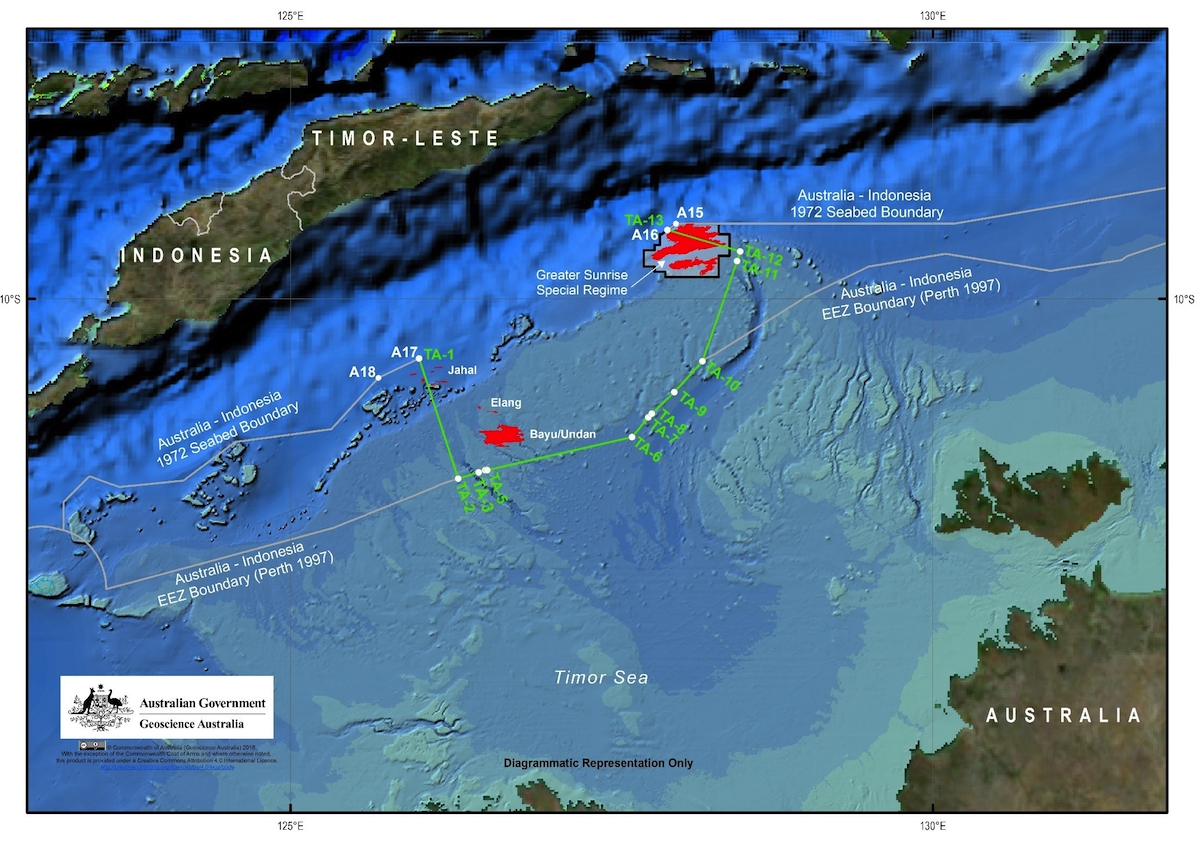 The 2018 Timor Sea Treaty signed in New York between Australia and Timor Leste on March 6, 2018 is a landmark agreement between the two countries and provides a pathway for the final settlement of the continental shelf and exclusive economic zone (EEZ) maritime boundaries between the countries.

However, there remain a number of wildcards that could unravel the treaty that would only further deepen the distrust that has recently been evident in the bilateral relationship. Timor commenced compulsory conciliation against Australia under the 1982 UN Convention on the Law of the Sea in April 2016.

As this was the first time such a conciliation had been commenced under the convention’s dispute settlement framework, all parties were uncertain as to the process and the outcome. Australia unsuccessfully challenged the competence of the Conciliation Commission, after which followed nearly 18 months of commission-facilitated discussions between the parties.

During that time, the commission’s one-year mandate was extended by agreement. In the final months, there was also engagement with the Timor Sea oil and gas joint venturers who had existing commercial interests. That the commission was able to broker a treaty – which was not a certainty at the outset – is a vindication of the process and sets a precedent for conciliation being utilised to settle other law of the sea disputes.

Treaty negotiations were challenging because of some critical constraints. The first has been the legacy of the 2002 Timor Sea Treaty and a series of associated treaties between the parties. Under these arrangements a legal framework existed for the development of oil and gas fields in the Timor Sea, and also for the Greater Sunrise field located in the northeast of an agreed joint petroleum development area. Four Greater Sunrise joint venturers had legal interests that needed to be accommodated in the new treaty: Woodside, Shell, Conoco Phillips and Osaka Gas.

Second, the 2018 boundary had to be shoehorned into an existing set of boundaries Australia had settled with Indonesia. One of these is the 1972 continental shelf boundary delimiting the seabed either side of East Timor that extended Australia’s sovereign rights far north into the Timor Sea. Another is the 1997 Perth Treaty governing the continental shelf and EEZ to the south of Java and west into the Indian Ocean.

The 2018 treaty provides for a permanent maritime boundary governing all of the disputed area of the Timor Sea based on a median line between the opposite Australian and Timor coasts, with two connecting lateral lines to the east and west that run north to intersect with the 1972 Australia–Indonesia continental shelf boundary lines. In a novel departure from traditional maritime boundary practice, the outer limits of the east and west lateral lines may be adjusted pending the outcome of future maritime boundary negotiations between Timor and Indonesia. Such an adjustment would only occur when the boundary was finalised or once oil and gas deposits in the area have been depleted, whichever is the latter.

The treaty also bars any Timorese claims against Australia arising from past exploitation of seabed areas now within Timor’s area of sovereign rights. This is relevant in the case of the existing oil and gas fields. Dealing with the Greater Sunrise field has been the most challenging issue. The eastern lateral boundary has now been redrawn such that approximately 70 per cent of the field is on the Timor side of the boundary. Because the field will draw from a common pool, a unitisation approach – that is, joint development – has been adopted until such time as it’s depleted.

A revenue split favouring Timor 70/30 applies in the case that there’s an onshore LNG plant in Timor, and 80/20 there’s an onshore LNG plant in Australia. A floating LNG platform option has apparently been abandoned. These options for Greater Sunrise are another unique feature of the treaty and highlight the commercial choices being considered by the Greater Sunrise joint venturers.

Australia has indicated that it’s neutral as to whether an LNG platform is in Timor or in Australia. Timor has a much larger stake in the decision due to the importance its negotiators have placed on developing an onshore LNG plant on Timor’s east coast and the downstream benefits that would flow from it.

Notwithstanding the apparent success of the conciliation and the innovative aspects of the treaty, maritime boundaries in the Timor Sea and nearby waters still face an uncertain future. Development of Greater Sunrise is critical to Timor and could yield revenue in the vicinity of US$8–10 billion. Additional benefits flowing from an onshore LNG plant would be even greater. However, there have been strong indications that the Greater Sunrise joint venturers favour a LNG plant in Darwin, partly owing to technical difficulties associated with piping LNG across a significant seabed depression to Timor. Elections are also planned in Timor for May that could derail the treaty’s ratification.

Finally, Indonesia may seek to reopen negotiations with Australia over the terms of the Perth Treaty as a means of seeking some equitable adjustment to Australian–Indonesian maritime boundaries in light of Australia’s significant concessions to Timor in the Timor Sea.

The 2018 Timor Sea Treaty has rightly been praised as a significant breakthrough but there remains a number of critical issues to be resolved before maritime boundaries in the Timor Sea are finally settled.

Donald R Rothwell is one of Australia’s leading experts in International Law with specific focus on the law of the sea; law of the polar regions, use of force and implementation of international law within Australia. He was previously Challis Professor of International Law and Director of the Sydney Centre for International and Global Law, University of Sydney (2004-2006), where he had taught since 1988. In 2012 Rothwell was appointed an inaugural Australian National University Public Policy Fellow, and in 2015 elected as Fellow to the Australian Academy of Law.