Written by Baird Maritime on March 22, 2018. Posted in Offshore World. 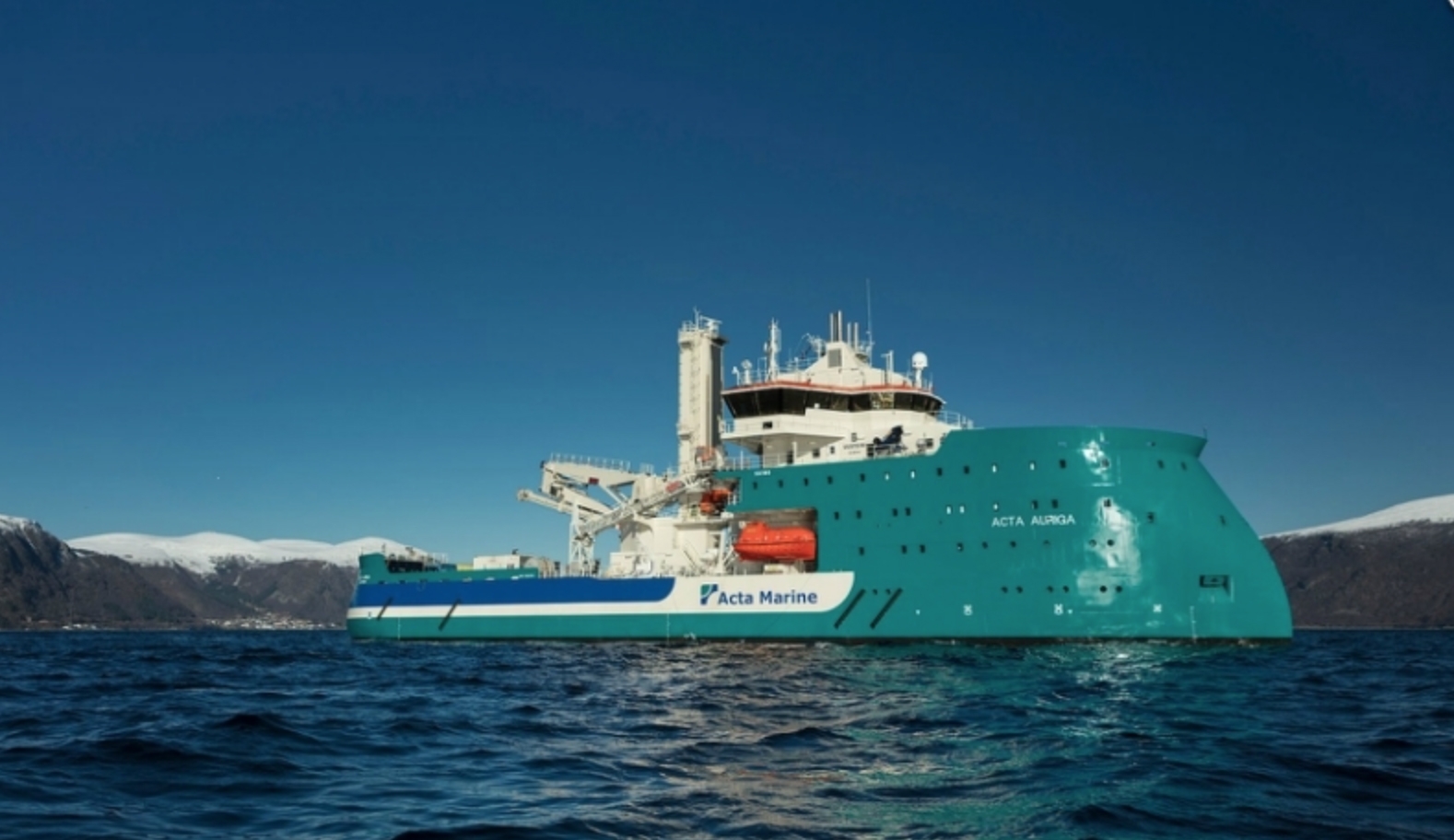 Built in Norway, the custom-designed offshore vessel with X-bow and X-stern design is equipped with a 3D crane capable of six-tonne cargo lifts, SMST gangway and an elevator tower.

Capable of accommodating 120 people, the 93.4-metre by 18-metre vessel is capable of year-round, North Sea offshore operations in up to three-metre waves.

The vessel has since returned to the construction yard for completion.

Acta Auriga has been awarded a two-year charter for operations and maintenance work at the BARD Offshore 1 offshore wind farm, Germany.