COLUMN | Topaz Energy and Marine’s bumper profits: when something looks too good to be true, it probably is [Offshore Accounts]

Written by Hieronymus Bosch on May 20, 2019. Posted in Offshore World. 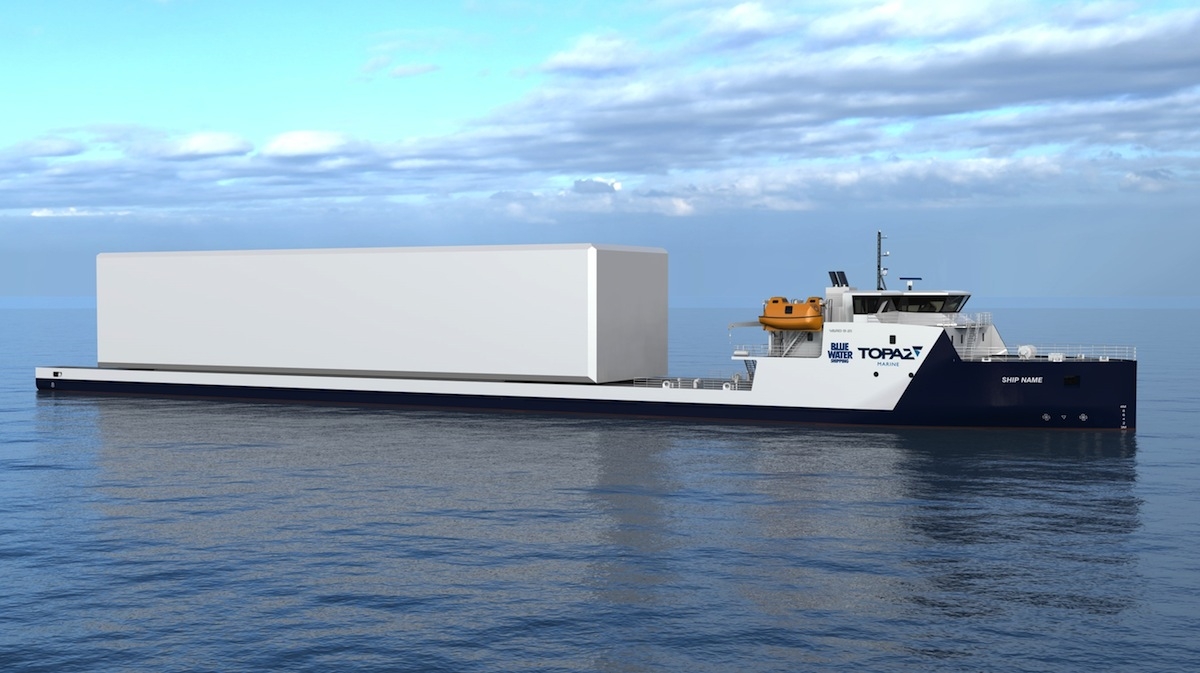 The first quarter was another miserable one for the offshore sector, as across the board marine and drilling companies lost money. Both Vantage Drilling and Noble Drilling reported large losses, as did debt-free, OSV industry leader Tidewater.

Bourbon showed a marginal uptick in utilisation and day rates, but nothing meaningful to stem the red ink. Construction and seismic companies also shared the misery of a recovery which has not yet reached a point where exploration and production service companies can fund their debt repayments, let alone make consistent money for their shareholders.

However, one company stood out as bucking the trend, though: Topaz Energy and Marine, the Omani controlled OSV player, with a fleet of over one hundred vessels.

In its May results announcement, covering performance for the period from January to March 2019, the company reported a profit of US$17 million, and a 73 per cent increase in revenue over the first quarter of 2018, soundly beating all its competitors.

However, when something looks to good to be true, it probably is.

The situation becomes even more complicated by the fact that, despite earnings before interest, tax, depreciation and amortisation (EBITDA) doubling from US$33 million a year before, to US$66 million in the 2019 first quarter, Topaz’s cash flow from operations was actually lower, after taxes and interest were paid – US$25 million in Q1 2019 against US$28 million in Q1 2018.

Usually, a company that is increasing its profits and its EBITDA so much will increase its operating cash flow too. Topaz was making bumper profits and reporting much higher revenues, apparently, but failing to convert any of the profits to actual cash. How is this possible? Where does the seeming market-beating performance come from?

Three quarters of Topaz’s operations are the charter of mundane supply and anchor handlers, and here the results were exactly as you would expect, in line with the awful results reported by their competitors. Utilisation in the Middle East was completely flat at 80 per cent. Utilisation in West Africa collapsed from 90 per cent to 61 per cent although the company reported that it had resolved a dispute with its Nigerian partner.

Despite the dispute, though, there was no impairment to the company’s accounts receivable – the invoices billed but not collected from clients. Anyone who has had a dispute with their Nigerian partners might be surprised not to find such a hit to the balance sheet, but it is not material to the first quarter. Perhaps Topaz’s senior management really are as talented as the company’s never-modest CEO, Rene Kofod Olsen, would have us believe?

In the Caspian, long the company’s largest market, utilisation was up from an already impressive 85 per cent to 91 per cent, on the back of a large contract renewal from BP in Azerbaijan, but the financials showed that its main customers there had successfully squeezed margins lower.

Topaz’s subsea business was boosted by the delivery of two shiny new ROV and light construction vessels from Vard in Norway, priced at full new build costs, but the company said it was too early to see any financial benefits from the ships. So, for the bulk of Topaz’s fleet, performance was exactly as you would expect in a depressed market with high levels of competition, excess capacity and limited pricing power.

The solution lies in solutions

So where is the profit coming from? From the “Solutions” division. This newly created division of Topaz charters twenty, purpose-built, module delivery barges to the Tengiz project in Kazakhstan.

These are self-propelled, 123-metre-long, shallow-draught, narrow-width barges designed to carry production equipment down the river and canal networks of Russia to the Caspian Sea. Topaz’s results show that all the increase in the company’s profits come from these vessels.

These units needed to be purpose built, as nobody else has ever constructed such strange and specialised units before, which serve a single purpose for this single project.

The newbuilding contracts were signed with Vard in 2015 amid much publicity, and show that the units cost around US$300 million. Tengizchevroil provided a massive cash advance to Topaz to pay for the module carriers, without which Topaz would have exceeded its debt covenants.

Topaz’s accounts show US$305 million was outstanding to pay back to Tengizchevroil at the end of 2018, and US$29 million was paid back in the first quarter. This is why Topaz is generating no more cash – most of the extra cash from the solutions division goes to pay back its customers.

Topaz bills charter hire to Tengizchevroil and immediately offsets this against the advanced funds it received from the customer.

Keep the depreciation small to make the accounting profits big

So why are Topaz profits so large? The records show that in the first quarter of 2019, with all the module units in operation, depreciation for the Solutions Division was just $6 million.

Annualise that number ($24 million) and divide the capital cost by the annual depreciation… et voila! You can see that Topaz is writing down the module carriers over twelve years. Which would be great, if there were any evidence that any other customer in the world will want twenty of these special ships when the Tengiz project finishes.

Unfortunately, the units had to be purpose built and pre-funded by the charterer precisely because no customer had ever needed them before, and there is no evidence that any other such megaprojects exist in the Caspian Sea region later, which would allow the barges to be used again after their current contract.

Once you understand how the “Solutions” division is financed (by the customer) and how its assets are depreciated (over 12 years), everything else about Topaz’s results also makes sense. The company will continue to pay down the remaining US$270 prepayment from its customer over the next three years, so expect that the cash flow from operations will not increase.

And by depreciating the units over twelve years, Topaz is able to report a much higher profit than it otherwise would, if it had to depreciate the module carriers only over the life of the charter with Tengizchevroil, which media reports suggest is only until 2022.

So next time you look at the Topaz’s results, a more reasonable approach might be to triple the depreciation charges against the Solutions Division to reflect the four years of service, not the twelve years which Topaz uses in its book. Do that, and the profits evaporate.

Trouble on the horizon for Topaz after Tengiz?

The Solutions Division of Topaz is simply storing up trouble, which will only emerge on the balance sheet only after the Tengiz contract ends. Then, Topaz will have twenty cigar shaped barges valued at $200 million sitting on its books, $10 million apiece, which have very limited use outside the role for which they were built.

Of course, by 2022, Mr Kofod Olsen may have moved on to greater and better things, taking a large (cash) bonus for the fat (non-cash) accounting profits which he has delivered.

Shareholders in Topaz should be asking now whether the Solutions Division and Topaz as a whole actually need to be a lot more aggressive on their depreciation policies to prevent future losses arising from overly optimistic asset values. Otherwise, Topaz’s Solutions are actually a problem.