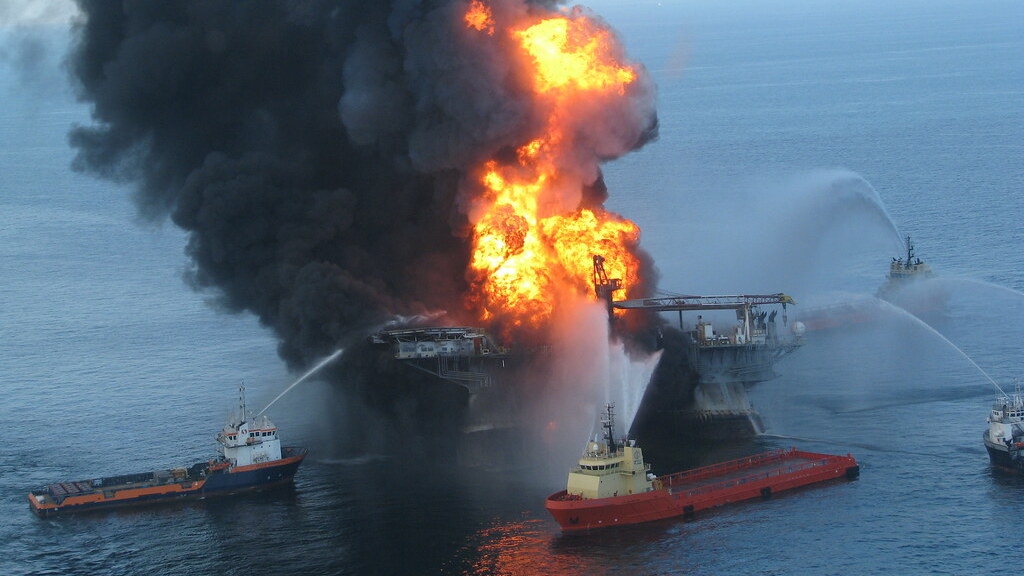 “We’re going to keep the pressure on Exxon,” said Thomas DiNapoli, the New York state comptroller who is responsible for the US$210 billion New York State Common Retirement Fund. “If they want to stay in business long-term they need to change how they’re doing things,” he told the Financial Times in May.

This followed his unsuccessful efforts, supported by the Church of England, to hold a shareholder vote on setting targets for cutting greenhouse gas emissions. Exxon, the largest listed oil and gas group in the developed world, said it was actually already cutting emissions and it promised to spend an additional $100 million over ten years to try to come up with new technologies against climate change. Exxon claimed that Mr DiNapoli’s proposal was an attempt to “micromanage the company”. An interesting defence, because it basically admits that the company does need to do more to reduce emissions and prevent a global climate crisis.

After many years of working as a contractor in the oil and gas industry for companies like Exxon, I have my own set of proposals to overhaul the industry. If the tide is rolling against Big Oil on climate change, then perhaps I could follow Mr DiNapoli by proposing a few more improvements?

When the oil price falls, they turn nasty, beat the contractors to a pulp, drive prices down below cost, and impose onerous and unfair contract terms. As a result, the unfortunate employees of service companies are treated like a commodity, to be fired at will. Schlumberger shed almost 70,000 jobs in less than three years as its revenues plummeted 50 per cent during the prolonged oil bust.

Most seafarers, offshore construction workers and drilling crew have seen their salaries fall by anything between 25 per cent and 50 per cent in the downturn. Hundreds of thousands have lost their jobs. The wild volatility of the industry helps nobody, and has devastating human consequences, which the oil companies completely ignore.

As a result of this great power imbalance, and the desperate financial condition of many rig owners, boat companies and other service providers, many staff at oil companies have come to believe that they personally are blessed with superior intelligence and superior talent, simply on account of the fact that they work for the oil companies.

They fly business class, they receive stock options, they go on teambuilding exercises to expensive hotels. One manager I know at BP even got to take her team to South Africa to pet cheetahs on the company payroll for their personal development (admittedly, when oil was $100).

This leads to an arrogance towards their suppliers, which often verges of bullying. It’s easy to see how small bureaucrats in the great machines of the large oil companies fall for this culture. They see their companies making billions and their CEOs flying around the world in private jets, being paid tens of millions, even though they are not themselves.

Their companies pump out internal propaganda saying how wonderful unique and special their staff are – you view these identical videos playing on endless loops in every lobby and public space in every oil company in the world. Can you imagine what that does to the brains of the staff exposed to so much corporate cheerleading? As a result, the oil company minions start to feel like they are Masters of the Universe, that they can do anything and say anything to their contractors, because they are special and wonderful, and the contractors are grovelling, ignorant serfs.

As DiNapoli and the Church of England have identified, the large oil companies are at the heart of the global climate crisis. However, most of the time they act as if they are bystanders to the problems the hydrocarbon industry causes. Think of the great pollution crises of the last forty years and how deeply involved the oil and gas companies were.

Look at the wretched poverty of Angola, Nigeria and Equatorial Guinea, countries where billions of dollars of oil and gas revenue paid over to the governments by the oil and gas companies has been squandered. Rather than acknowledging their complicity in this misrule, the oil majors double down on whitewashing the past and compelling their contractors to adhere to standards which they themselves fail to meet.

The freight forwarding company Panalpina was fined millions of dollars for facilitation payments to customs officers in Nigeria to ensure oil industry cargo was cleared in the first decade of this millennium. The company was nearly bankrupted as a result. But the oil companies routinely hand over billions and billions to the treasuries of developing countries which are then looted by corrupt officials, either as production taxes or signing royalties or service payments to friends of the president.

Efforts to compel the oil majors to detail in public exactly how much they pay to state institutions in every country they operate have failed time and again. They have failed because the likes of Exxon, Chevron, Shell and BP don’t want the citizens of Nigeria, Azerbaijan, Congo, or wherever, to know how much their rulers are wasting. Instead, they mouth platitudes about adhering to the rule of law, confidentiality, etc. etc. Ditto oil industry lobby against carbon taxes, fuel economy standards on vehicles in the US and efforts to prevent methane leakage during fracking. The hypocrisy is breathtaking.

I don’t know what it is about Big Oil and Bad Coffee. Exxon, Chevron, BP and Shell all reported profits of over $2 billion in the first quarter of 2019 alone, but apparently none of these companies has the ability to serve decent coffee in their offices. Vending machines dispensing foul-tasting, instant coffee are the norm. Guests are often expected to drink dishwater from polystyrene cups. Powdered milk, or worse, powdered vegetable creamer, products last seen being airlifted in sacks to hungry Tigreans in the relief effort for the Ethiopian famine of 1985, are still used in Chevron pantries.

Not one of the American or British oil majors appears to have invested in a decent espresso or cappuccino machine anywhere in its global operations. Yes, things are different at Total and ENI, but surely all these highly profitable companies could spend something on decent coffee, a luxury which is the norm in the wider business world? If only to prevent their proud staff having chronic bad breath. With his Italian heritage, Mr DiNapoli could certainly put this to a shareholder vote, or report Exxon CEO Darren W. Woods to the International Criminal Court for caffeinated crimes against humanity. Maybe Illy or Lavazza could join Greenpeace and the Extinction Rebellion in pressuring the oil companies to mend their ways?

Mr DiNapoli was right to say that if the oil companies want to stay in business long-term they need to change how they’re doing things. How long this will take, remains to be seen. In the meantime, if they could fix the coffee and fix the attitude, that would be a great start.