Written by Hieronymus Bosch on January 30, 2019. Posted in Offshore World. 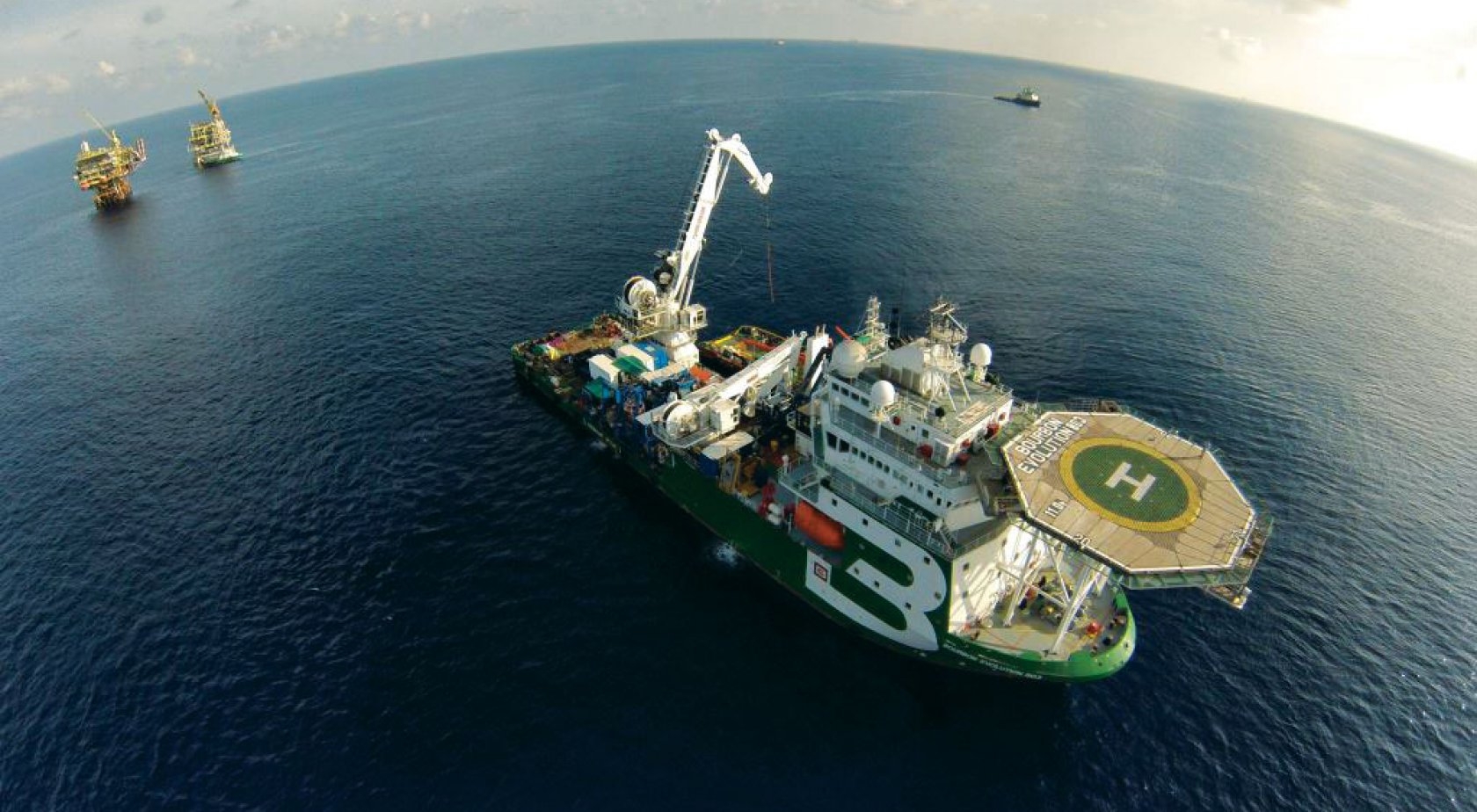 Watching the difference between what people say, and what they actually do is always revealing. Whether it’s priests and sex, imams and alcohol, or cost cutting executives and their own personal expenses, watch what people really do and what really happens, ignoring the pious statements of intent, the high-flying aspirations, or the motivational rhetoric.

Take Bourbon, now the industry’s number two player following the merger of Tidewater and Gulfmark. In February 2018, Bourbon announced that it would sell 41 of what the industry press described as “its elderly vessels,” from its total fleet of over five hundred units, and that it expected to book a large impairment loss on the sale in its full-year financial results.

When the numbers were released a few weeks later, they were worse than expected. For 2017, Bourbon’s net loss was a massive €576.3 million (US$655.1 million), including €277 million in provisions for asset impairment and non-recurring expenses, and another €167.2 million of losses on what the management described as “the non-smart fleet,” although perhaps a better description may have been to attribute this hit to the “non-smart” decisions of the company’s directors and senior management.

But, progress? The large impairment at least indicated the company’s willingness to take a hit on the disposal to reduce lay up costs and shrink its core fleet, in the same way that Maersk Supply and Swire Pacific Offshore have also taken massive write-downs as they reduce their fleet size, and sell off what is always described as “non-core” tonnage, even scrapping older vessels, or losing them at sea.

“This should ring alarm bells for the industry as a whole”

Which always raises the question of how something “non-care” came to be in the fleets of companies which have grown organically, in the first place. So far, so good, it would seem, though, a path to recovery under a restructuring which was heralded by Bourbon’s PR team under the slogan “Bourbon in Motion.”

Fast forward to nine months later, November 2018, and the company’s third quarter announcement, which gave a detailed snap-shot of the gap between high hopes and wretched reality. Bourbon had not sold its 41 elderly vessels. The presentation showed that the fleet had only shrunk by sixteen ships, and nine of those disposals were of crew boats.

So, despite the massive write down in the valuation of the unwanted hulls in its accounts, Bourbon could not sell even half of the ships it had stated it would dispose of. This should ring alarm bells for the industry as a whole. If Bourbon, with its modern, largely diesel electric fleet cannot sell vessels, which are written down on its books, then something must be wrong. What is Bourbon’s failure to sell telling us?

One obvious conclusion must be that there aren’t enough buyers. The industry is awash with distressed assets for sale, but buyers are few and far between, and typically come from niches. This was demonstrated by the auction of Toisa’s tonnage, when the Greek-owned company’s long-suffering creditors sold off at auction as many of its assets as they could, ships which had been laid up for years, mainly in ports around the UK.

The buyers were an eclectic bunch, with Italian player Micoperi buying one construction vessel, a Ghanaian company taking an aged well test vessel for US$600,000, and Singapore buyer Eastern Navigation snapping up two AHTS and one MPSV for pennies on the dollar.

Other sale and purchase events have seen acquisitions by a similarly diverse bunch of buyers. Caspian Marine Services of Azerbaijan bought the five long-time, laid up PSVs of Italian owner FD Offshore, which had also been sitting in ports in the UK. A Turkish buyer bought the 8,000 bkW anchor handler Pacific Warrior from Swire Pacific Offshore.

What’s notable about these transactions is that the buyers are from the fringes of the industry, and that they only have an appetite for small quantities of vessels, half a dozen at most, not for the dozens of rafted up ships which Bourbon has on its books.

The November report showed that Bourbon’s total fleet utilisation was 51.6 per cent from its 492 vessels, implying that over 200 are laid up. Worse, most of the ships are laid up in tropical ports where the humidity and temperatures are simply not conducive to cheap and quick re-activation.

Hull, Grimsby and Peterhead may be cold, wet and bleak in winter, but ships there are unlikely to sprout jungle vegetation on their back decks, which can be admired on Bourbon’s Batam- and Abidjan-based lay-ups, if you have a penchant for gardening.

The second factor was also revealed by Bourbon’s November presentation. Far from the recovery, which most operators had expected in 2018 with the pick up in oil price, the situation for vessel operators continued to deteriorate through 2018, even as oil touched US$80 in October.

All four categories of vessels in the Bourbon fleet, that is deep water OSVs, shallow water OSVs, crew vessels, and subsea vessels, showed declining day rates from the first quarter of 2018 to the second quarter and again into the third quarter. Across all four categories, the average day rates were lower nine months into the year than they had been three months before, and six months earlier, and they were down on 2017, which was down on 2016, which was down on 2015.

This is an industry which was not showing signs of having hit bottom, after four years of pain, redundancies and contract cancellations. Page 17 of MMA Offshore’s annual report shows the problem: “The MMA Almighty, a smaller AHTS, completed its long-term production support with Ophir in Thailand early in the financial year and spent most of the remainder of the year idle. The contract was retendered and awarded at less than cash breakeven rates, an indication of the competitive nature of the South East Asian market for these more commoditised vessels.”

There were no buyers because in 2018 there was still no business case to buy offshore support vessels, because the charter rates do not justify any investment in the sector. Free cash flow is minimal and charter rates cannot generate the free cash flow to service interest payments, let alone provide capital repayments. Like an addict, the offshore support industry cannot hope to begin recovery until it hits rock bottom. Perhaps we are there. Until then, the only motion Bourbon can expect is going backwards financially and operationally.