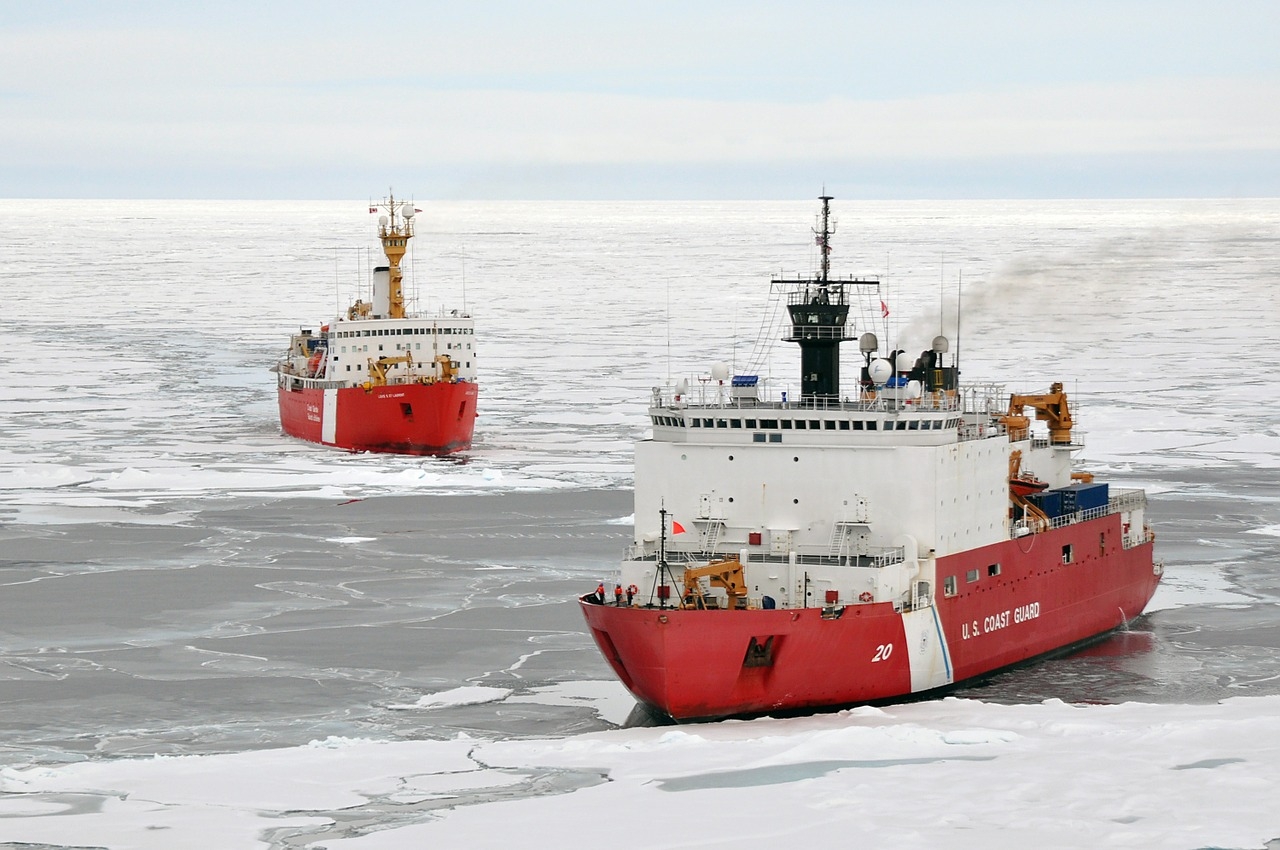 There are some aspirational projects which every would-be great nation, whether global or regional, must have. Space programmes are one. Millions still live on a dollar a day in India, but the country desires to place an Indian national on the moon within twenty years, and is spending billions to achieve it.

China harbours similar ambitions in space, as a symbol of its China Dream Policy under Xi Jinping, whilst Donald Trump has been desperate to gain credibility for his proposed “Space Force,” a new branch of the American military, which he wants to create.

For those without a budget to compete in the rocket stakes, polar exploration offers another avenue for national glory and international status seeking, albeit it backed with huge practical importance as well.

Countries as diverse as South Africa, Japan, Korea and China maintain modern polar research vessels of up to and over 15,000kW engine capacity to support their Antarctic bases, each costing upwards of two hundred million dollars.

This makes the dilemma of American polar vessel policy all the more stark. Never before have Antarctic and Arctic marine operations been as important, and never before has America been so far behind its global rivals.

America’s polar capable fleet is small, antiquated and utterly unsuited to twenty first century requirements. The United States has only three government owned ice breakers, and one privately owned ship, Edison Chouest’s Aiviq, which was purpose built for an abortive Shell drilling campaign off Alaska and sits in laid up in Florida at the time of writing.

Of the American government owned vessels, one is broken down, and is being cannibalised for spare parts for its sister vessel, a sister vessel that is itself over forty years old, whilst the third, USCG Healy, is eighteen years old.

Effectively, America has one ancient vessel to supply its Antarctic base, and one vessel to manage ice operations around the entire coast of Alaska. Russia, on the other hand has over forty ice breakers and ice research vessels, including the world’s largest and most powerful atomic polar vessels.

The demand for ice breakers is curiously skewed. If you visit St Petersburg between May and October you will see ranks of ice breakers lined up along the banks of the River Neva doing nothing.

Ice breaking requirements fall into two categories – Antarctic base resupply work and science, and Arctic navigation support in the northern hemisphere. You might think that the two would occur at opposite times of year, but, no, the best time for Antarctic base re-supply (and penguin tourism around the Antarctic Peninsular) is the Austral summer from November to February, which is precisely when ice breakers are also in most demand in the Arctic.

Horatio Clare’s excellent book Icebreaker: A Voyage Far North (published by Chatto in 2017) captures the vital role of the Finnish state ice breaking fleet plays, and the rhythm of life onboard one of its vessels. The fact that utilisation is essentially crammed into less than six months of the year means that ice breakers are remarkably uncommercial ships. They guzzle fuel with their huge engines, have very high build costs, but are only able to work at their specialised task for half the time.

Global warming also increases the likelihood that oil and gas companies will be able to cost effectively drill in Arctic waters, requiring ice breakers for logistical support. When oil touched US$100 a barrel between 2010 and 2014, there was a surge of interest from players like Shell off Alaska, Exxon and Rosneft off Siberia, and Cairn Energy off Greenland, all looking to drill in completely unexplored waters there, which geologists believe may hold billions of barrels of reserves.

The collapse in the oil price killed demand and squashed the ambitions of the frontier players in the Arctic Circle, but as prices rise again, Arctic margin drilling will again be of interest. Global warming also increases the desire of scientists to conduct research in areas such as the Weddell and Ross Seas of Antarctica, where vast ice shelves hold the secrets of climate stretching back tens of thousands of years, and the ability to drastically raise sea levels in the event that they were to break up and accelerate the movement of glaciers from the Antarctic continental ice sheet into the surrounding sea.

Ceding control of the Arctic

Demand for polar classed vessel is higher than ever, but who can meet it, and what is being down to increase capacity?

Two approaches have been adopted. Britain, Australia and Chile have all ordered brand new polar research vessels primarily for Antarctica. The costs are mind boggling, with the Australians having committed US$410 million to their vessel being built at Damen’s shipyard in Romania, to the fury of politicians in Canberra, who felt it should be built in Australia.

The UK opted for a British yard for their new polar vessel, Sir David Attenborough, (the presumptive Boatie McBoatface), and Chile opted to build at ASMAR Talcahuano Shipyard, its national champion. Chile’s new vessel will set sail in 2023 and will make a stark contrast to Argentina’s antiquated polar vessel ARA Almirante Irízar, which was delivered in 1978, and was out of service for a decade from 2007, when fire broke out in the auxiliary generator compartment.

Whilst Trump blusters about his Space Force, many in the polar research community and in Alaska will be wondering why the world’s most powerful nation can barely provide ice breaking services to a single Antarctic base, and the communities of the far north.

At a time when rivalry with Russia and China is rising, you would have though a president obsessed on owning the biggest and the best would be shamed by the fact that South Africa, Chile and Australia have more modern and better polar vessels, let alone the other Security Council members.

By default, Trump appears to be ceding control of the Arctic to Russia and Canada, and of Antarctic marine science to just about every other player there.