Written by Baird Maritime on October 9, 2017. Posted in Offshore World. 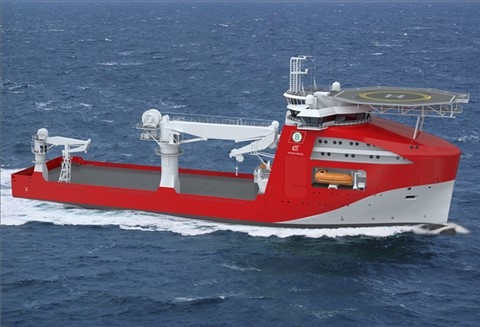 Boa IMR AS has been notified of a successful arbitration award by an Oslo tribunal relating to a contract cancellation of an inspection maintenance and repair (IMR) vessel.

Heard in September, the arbitration started after the majority-owned subsidiary of the Boa Offshore group cancelled a shipbuilding contract with Noryards Fosen for a 108-metre by 24-metre light construction/IMR vessel in September 2015. It had a contractual delivery date of March 2017.

In its cancellation notice, Boa IMR claimed repayment of advance payments, including interest, according to the contract. A notice of a possible guarantee claim was also sent to the guarantor.

The unanimous award determined that Fevamotinico Sárl will have to pay Boa IMR NKR107,479,053.77 (US$13.45 million), with the addition of seven per cent interest calculated on NKR104,000,000 from October 20, 2015 until the settlement date, as well as Boa IMR’s litigation costs, and to pay the arbitration tribunal’s fees and costs.