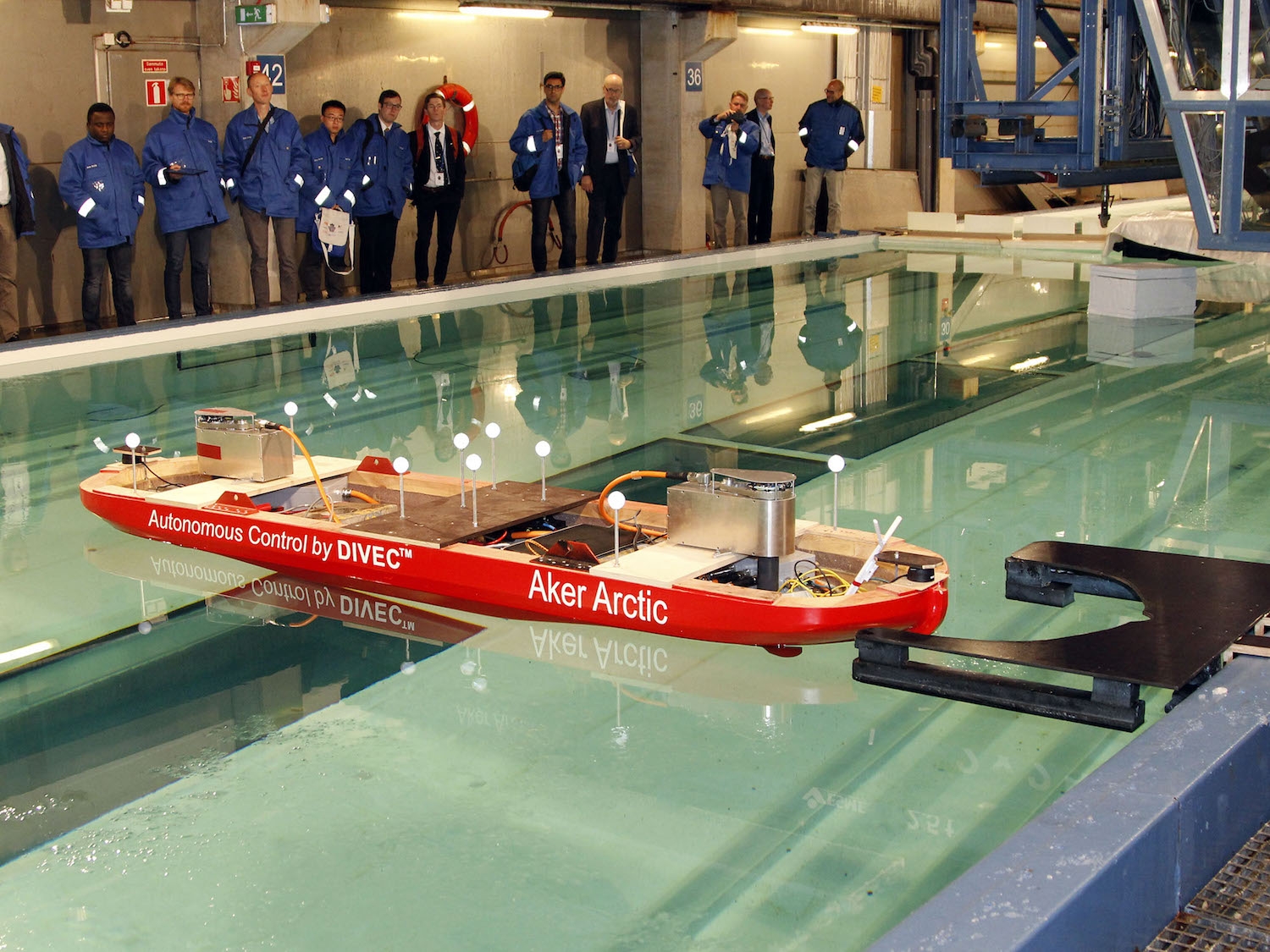 In the demonstration test the ship model was able to detect obstacles in the ice tank utilising onboard sensors, manoeuvre around them without operator input and moor itself automatically to a target pier. The test was carried out in ice free waters.

The wireless model used in the test is equipped with battery powered propulsion units, data transfer to a shore facility and an autonomous navigation system that routes the vessel around obstacles detected by the onboard sensors.

The various components are connected using distributed intelligent vessel components, a specially developed network framework that provides a modern protocol for connecting devices and transferring necessary data between them.