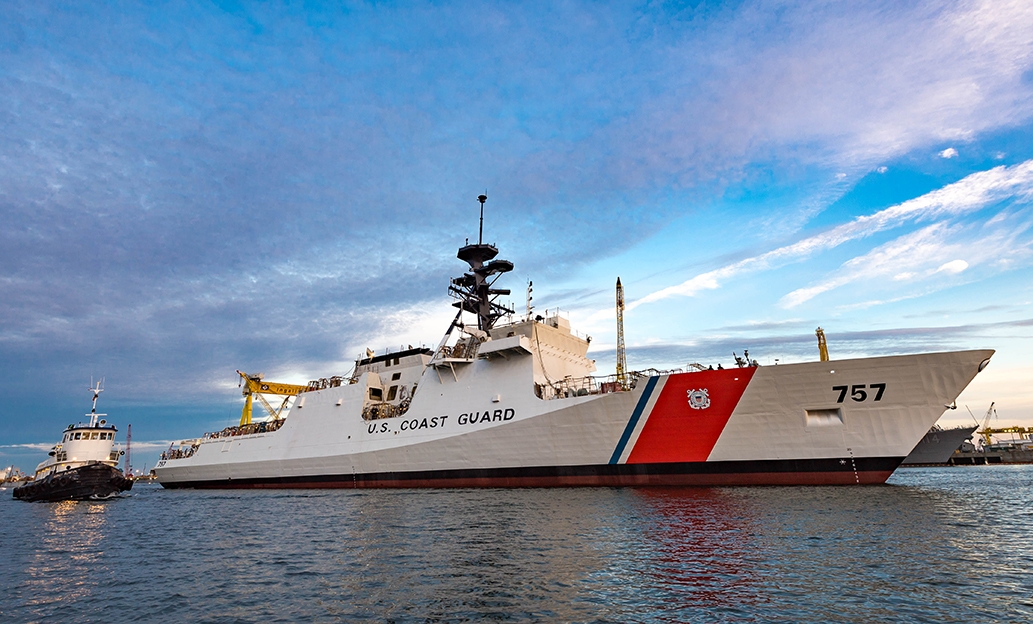 It honours John Allen Midgett, who was awarded the Silver Cup by the UK Board of Trade in 1918 for the renowned rescue of 42 British sailors aboard the British tanker Mirlo after it was torpedoed by a German U-boat off the coast of North Carolina.

They are replacing the ageing Hamilton-class cutters that have been in service since the 1960s.