Written by Baird Maritime on May 7, 2018. Posted in Unmanned Naval Systems. 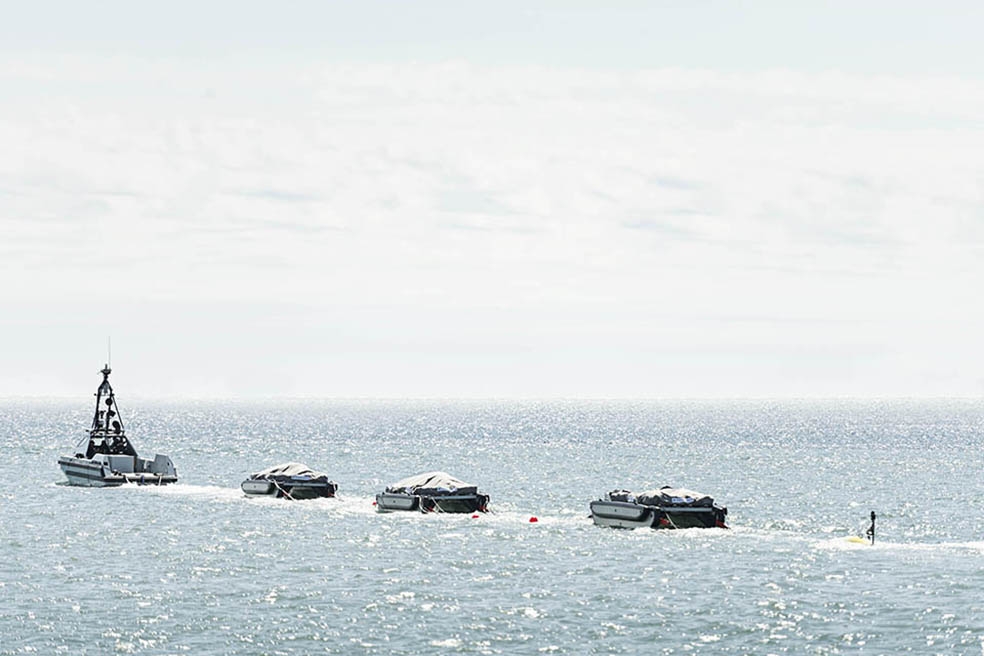 An autonomous minesweeper system that can safely clear sea lanes of mines has been handed over to the Royal Navy.

Designed and manufactured by Atlas Elektronik UK in Dorset under a £13 million (US$17.6 million) contract with the Ministry of Defence, the demonstrator system could be used in the future to defeat the threat of digital mines, which can detect and target military ships passing overhead.

The sweeper system, which features a “sense and avoid” capability, could also work with other autonomous systems to make waters safer.

The project also aims to demonstrate the viability of an unmanned system that can safely and successfully clear mines and which is designed to be operated from a land or ship-based control station and can be deployed from a suitable ship or port.

The system has been put through its paces over the past four months by the Royal Navy’s Maritime Autonomous Systems Trials Team (MASTT) and will undergo more detailed trials.