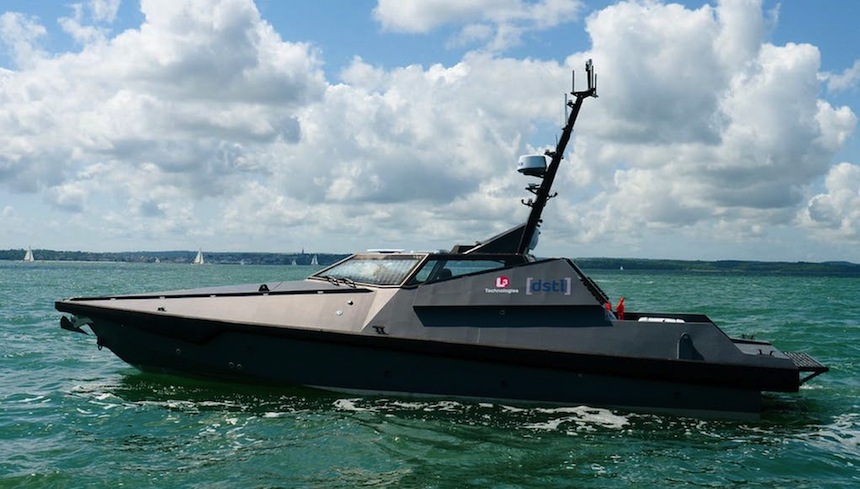 The advance of naval unmanned surface vehicle systems continues apace, as was well illustrated by the recent unveiling, at London’s biannual Defence and Security Equipment International exhibition, of the latest example of the type, namely the Maritime Autonomous Surface Testbed (MAST)-13.

Manufactured at the L3Harris Unmanned Maritime Systems (formerly ASV) in Portchester, UK, the 40-knot MAST-13 is a joint venture between L3Harris and the UK Government’s Defence and Technology Laboratory (DSTL).

The craft, which can be controlled from either a shore base, or a seagoing platform, features a fully autonomous control system, utilising advanced algorithms. It is currently engaged in an intensive DSTL test and trials programme.

Fitted with a comprehensive outfit of surveillance equipment, MAST-13 is optimised for continuous patrolling in order to detect underwater and surface threats, to high value targets, such as aircraft carriers, at anchor or in port.