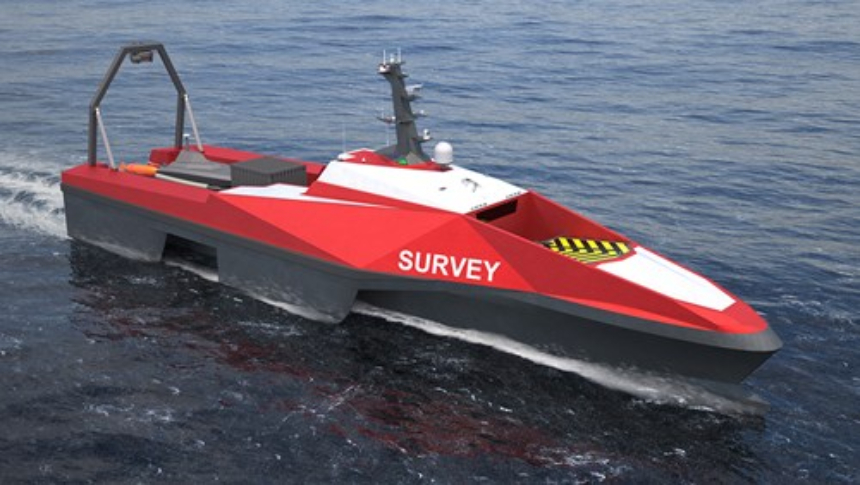 BMT has unveiled a new design of autonomous surface vehicle (ASV) that will include features aimed at significantly reducing drag.

The vessel will feature a very slender central hull and two smaller hulls or sponsons on either side.

The sponsons are set one behind the other and when the vessel is operating on flat water, the forward sponsons are not submerged, as they provide roll stability effect in waves only. Compared to a trimaran, there is less volume permanently immersed and therefore less resistance through the water.