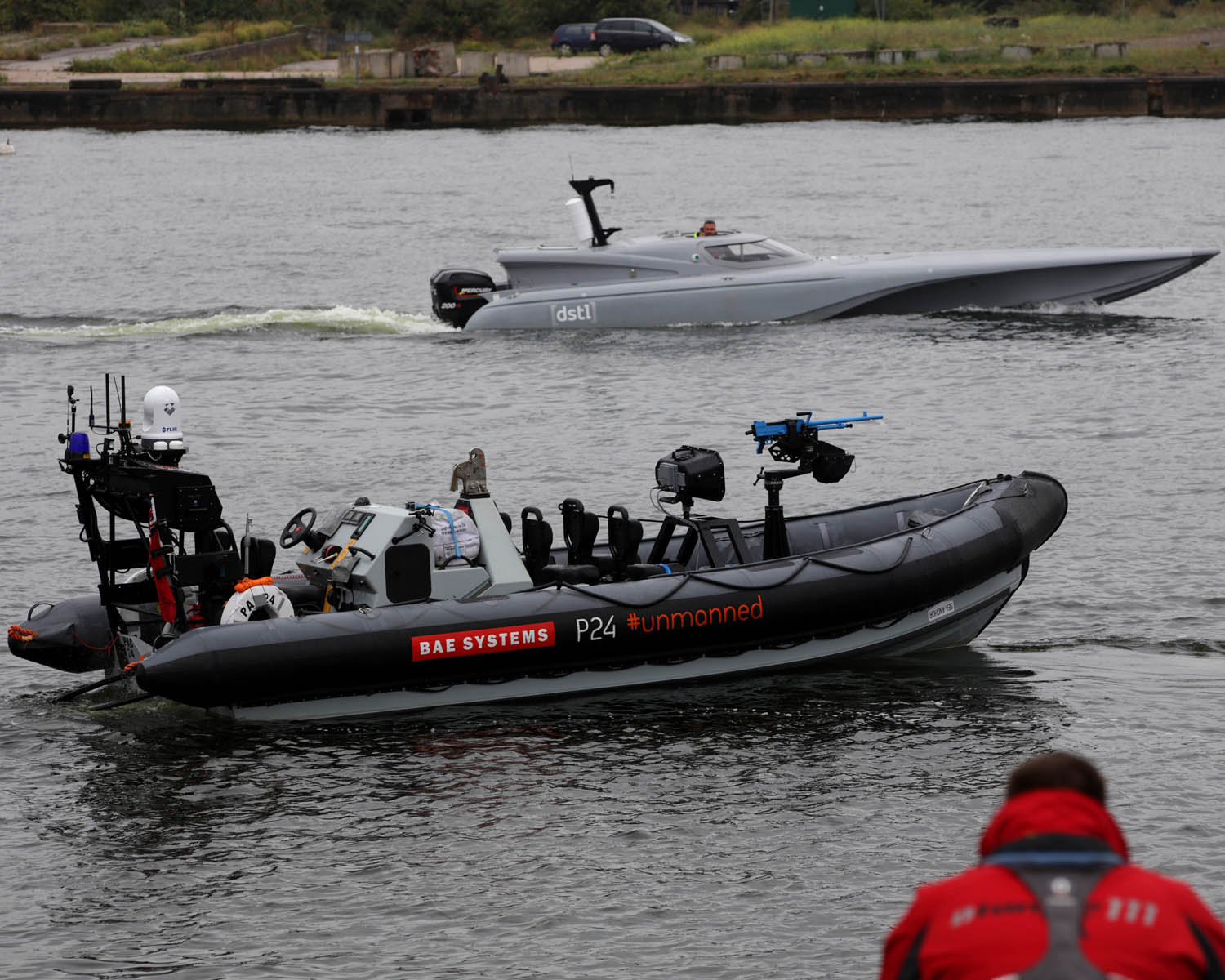 BAE Systems has conducted trials of a new unmanned rigid inflatable boat (RIB), particularly its ability to operate in support of the Royal Navy’s surface ships.

The trials were carried out at London’s Docklands with assistance from the Defence and Science Technology Laboratory (DSTL) and US-based autonomous systems supplier L3Harris. The Type 23 frigate HMS Argyll served as the vessel of opportunity during the demonstrations.

The version of the autonomous boat that was trialled has been modified for optional unmanned operations and fitted with additional sensors. At 7.8 metres long, the vessel has a speed of 38 knots and can be either remotely controlled or used in an autonomous mode.

The boat’s integration with an active warship shows its potential for future missions including anti-piracy operations, border control, and force protection.